View From The Fairway - Rory McIlroy Plans Life After Golf

Ahead of what is destined to be a contentious week in the game, Golfshake's Derek Clements addresses the headlines in his latest View From The Fairway.

RORY McILROY is only 32 years old but he has admitted that he is already thinking about life after golf. The four-time major champion says that he has no interest in competing on the Champions Tour when he turns 50 and will instead be focusing on his business interests. Of course, many top golfers in the prime of their careers have said that they will never play seniors golf but change their minds when the time comes. And when you look at what Bernhard Langer has achieved since turning 50, why wouldn’t they? 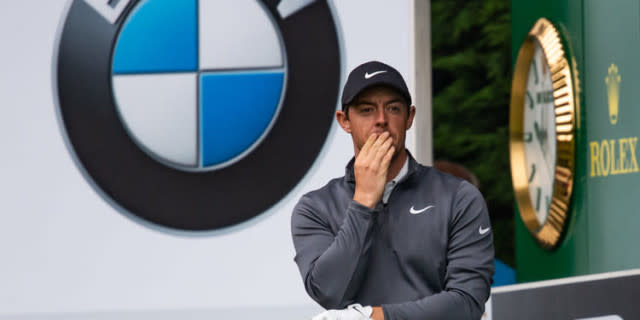 DREAMS really can come true. Just ask Aaron Jarvis, from the Cayman Islands. He birdied the final hole to win the Latin America Amateur Championship, a triumph that sees him qualify for both The Masters and The Open. The 19-year-old is also now exempt into the final stage of US Open qualifying. "I can't even put this into words. What a day," Jarvis said. "It means the world to me. The opportunity to go to the Masters, The Open - there's no young golfer who doesn't dream of anything but going to those tournaments. I just stayed patient. I knew anything could happen, especially with the holes coming in.” He is the first player from the Cayman Islands to compete at the Masters and Open Championship.

IF YOU are a golf fan you should be celebrating the news that Sky Sports has just renewed its broadcast commitment with the DP World Tour. Yes, the ad breaks can be frustrating but the satellite broadcaster’s coverage of this sport that we all love is second to none. In Ewen Murray they have one of the finest commentators in the game and in Wayne Reilly the finest and finniest on-course reporter. And that is without all the innovations. Sky refuses to rest on its laurels and I for one am delighted that we can look forward to continued coverage.

I HAVE a guilty secret to share with you - I don’t approve of Saudi Arabia’s investment in golf but I will be watching the Saudi International this coming week. I want to see the world’s best golfers in action and I am fascinated to see how this tournament unfolds and how the field will cope knowing that they are competing for such vast riches and world ranking points. I just wish that the Saudis treated their female population with more respect.

WE WILL soon learn the identity of the next European Ryder Cup Captain, and most of the smart money is on Luke Donald being given the nod. He will face a pretty thankless task in Rome next year purely and simply because the American team is going to be incredibly strong once again. Robert Karlsson is apparently also in the frame and I just don’t get that. Donald may never have won a major but he is a former world number one and has won multiple titles on both the PGA and European Tours. I must admit that I do have some concerns that he just might be too “nice” for the task but a number of leading European golfers have already endorsed his candidacy.

THINGS are looking up for women’s golf. A new initiative has been launched to encourage women and girls who have taken up golf to stay in the sport. R&A figures showed 25% of Britain's female golfers tried the sport for the first time during the Covid pandemic. The UK Women's Golf Community has been set up by women's golf campaigner Jasmine, known as The Jazzy Golfer. "Golf has had a massive surge of women playing, so this is the perfect time to address the issue and keep women in the sport," Jazzy said. Participation figures released by the R&A in May 2021 revealed that an extra 2.3m adults played golf in the UK and Ireland in 2020 despite disruption from the Covid-19 pandemic. The R&A launched the Women in Golf Charter in 2018 to encourage more women to take up the game and Jazzy says her community, which is being launched on Facebook, comments that. "When I started playing a few years ago it was difficult to find other women to play golf with," she added. "Most women are introduced through a male partner and while integration is nice in golf, it's great to play with your peers. It's about bringing everyone together in a social environment. It's not just for adults, we want to encourage girls to come along with their parent or guardian too for a safe, fun, social event.” The first events are taking place in towns and cities across England such as Bristol, Coventry, Leicester, London, Newcastle, Rugby, Salisbury and Swindon, with plans to roll out events in Scotland, Wales and Northern Ireland.