THE HOLIDAY is over. The PGA Tour returns with Harris English defending his title at the Sentry Tournament of Champions at the Plantation Course at Kapalua. 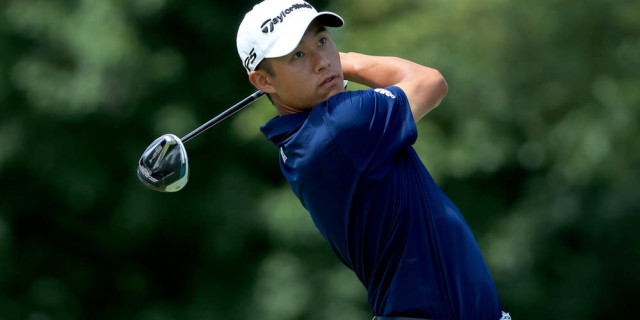 During the 2021 calendar year, Cantlay earned three victories on the PGA Tour, which culminated with his first FedExCup title and the Jack Nicklaus Award as the PGA TOUR’s Player of the Year. The 29-year-old originally qualified for his fourth appearance at the Sentry Tournament of Champions by virtue of his victory at the Memorial Tournament presented by Workday in June. Cantlay went on to claim the penultimate FedExCup Playoffs event at the BMW Championship in August before securing the season finale at the Tour Championship in Atlanta.

Over the course of 2021, Morikawa captured two Tour titles. The 24-year-old’s win at the World Golf Championships-Workday Championship at Concession in February originally qualified him for his third appearance at the Tournament of Champions. He then won his second career major title, at The Open Championship in July, to become the first player to win two different majors in his first attempt. He capped it all by winning the DP World Tour Championship and landing the Race to Dubai title on the European Tour. In two previous appearances at The Plantation Course at Kapalua, Morikawa has enjoyed two top 10 finishes.

Matsuyama enjoyed two victories in 2021. The 29-year-old picked up his first major at The Masters to become the first male major championship winner from Japan. Matsuyama went on to earn his seventh Tour title at the ZOZO Championship in October. He has a great record here - in four previous trips Matsuyama finished T3 in 2015, 2nd in 2017, T4 in 2018 and T41 in 2021.

The sweet-swinging Max Homa was another to land two titles. His first victory came in a playoff win against Tony Finau to capture The Genesis Invitational in February in his native Los Angeles, which qualified him for a return trip to The Plantation Course at Kapalua. In September, the 31-year-old picked up his third career victory at the Fortinet Championship.

But the man they will all have to beat is Burns, who enjoyed a remarkable year in 2021, winning twice.  His maiden victory came at the Valspar Championship in May. The 25-year-old went on to capture his second career title at the Sanderson Farms Championship in October, which elevated him inside the top 20 in the world for the first time in his career. He was also fifth at the CJ Cup, seventh at the Houston Open and third at the Hero Open and is second in the current FedEx Cup standings.

After earning his long-awaited first Tour victory in late 2020, Kokrak continued the momentum by picking up two more TOUR wins in 2021. The 36-year-old secured a return trip to Maui with his victory at the Charles Schwab Challenge, where he defeated Jordan Spieth by two strokes. Kokrak went on to capture his second victory of the calendar year at the Hewlett Packard Enterprise Houston Open for this third career TOUR title. In his lone start at the Sentry Tournament of Champions, Kokrak finished T35 in 2021.

A total of 40 players have qualified for the Sentry Tournament of Champions courtesy of PGA Tour victories during this calendar year, including 10 first-time winners.

Sam Burns will be a hard man to beat. He is bursting with confidence after two victories in 2021 and finished the year in sensational form, with a win and three top-10 finishes. Hideki Matsuyama is also coming off a wonderful year and has a terrific record here, with three top-four finishes in four starts.

Designed by Ben Crenshaw and Bill Coore, the course offers dramatic ocean views from virtually every hole. It is a par 73 and measures 7,596 yards but the fairways are generous and the course features many downhill drives, so you will see some huge drives and some very low scoring.

Collin Morikawa. Looking to carry on where he left off in 2021

Sam Burns. Has no weaknesses

Hideki Matsuyama. Loves this part of the world

Collin Morikawa. Looking to replace Jon Rahm as world No1

Patrick Cantlay. Full of self belief

Justin Thomas. Man with a point to prove

What's In The Bag - Sam Burns

So That's What Happened to Patrick Cantlay