Played at the same venue each year and officially an invitational tournament, the Masters stands unique among the majors for a variety of reasons, not least for the artificially small size of the assembled field, which this year sits at just 88.

When you consider that 156 players compete at the Open, US Open and PGA Championship, this limited gathering is very different, it makes those qualified feel extra special, something engineered in generations past to ensure that an invite to Augusta remained coveted, and that the elite names in the sport would regularly battle for the Green Jacket.

Indeed, if the amateurs and veteran past champions are discounted, the list of potential winners is narrower than any other event, you don't see the outlier contenders and surprises of the Opens, which is a shame, but it does generally ensure a blockbuster for TV.

Therefore, it's hard to identify genuine outsiders, but looking at those ranked outside the top 25 in the OWGR, here are some figures who could make their presence felt on Sunday.

In November, the Australian was the first man to shoot all four rounds in the 60s, it just so happened that he (and Sungjae Im) ran into the juggernaut that is Dustin Johnson. Known for his unique hairstyle as much as the quality of his game, the 27-year-old is a hugely impressive player, a two-time winner on the PGA Tour, and someone who also finished T-5th at Augusta in 2018. 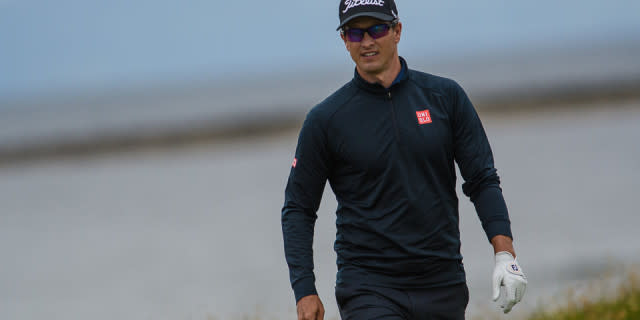 You can always rely on former champions here, experience counts, and Smith's compatriot Adam Scott has that in spades, incredibly making his 20th appearance at the Masters. He hasn't missed the cut at Augusta since 2009, and you have to go back to March 2020 for the last time he failed to make a weekend anywhere on tour. He remains consistent and always capable.

Since he won the Masters in 2017 - in thrilling fashion - Augusta hasn't been especially friendly to Garcia, he made 13 on the 15th and missed the cut by a mile in his defence, and he also failed to complete four rounds in 2019. Last year, he was unable to play due to a positive COVID-19 test. So, he's due something! Coming back fit and playing some excellent stuff, this time the Spaniard can be expected to enjoy his return visit down Magnolia Lane.

The 29-year-old Canadian finished in a tie for 10th last November, and he was recently seventh at The Players Championship and third at the Arnold Palmer Invitational. Ranked 13th for his approach play on the PGA Tour (a key stat at the Masters) the former Valero Texas Open champion will fancy a strong week, potentially emulating 2003 winner Mike Weir.

Nine years ago, it was almost Louis' time, when he made an albatross on the second hole before losing to an inspired Bubba Watson in a playoff. The South African has also finished runner-up in three other majors, but remarkably is yet to win professionally in the United States. This St Andrews Open champion remains a player that cannot be discounted in these championships.

Destined to represent Europe at the Ryder Cup in September, the Scottish-based Frenchman is hurtling through the sport, posting a top ten finish at The Players Championship and enjoying a run to the final day of the recent WGC Match Play. With experienced caddie JP Fitzgerald by his side, the 28-year-old made the cut in his Masters debut in November and seems unfazed by the big occasion.