This year's Masters is hotly anticipated with a variety of compelling storylines in play. Dustin Johnson is back to defend just five months after claiming the Green Jacket, Justin Thomas is a man in form, new father Jon Rahm will be riding on the proverbial crest of a wave, while four-time major champion Brooks Koepka has quickly returned from knee surgery.

And that's without even glancing towards the headline maker Bryson DeChambeau, the ongoing saga of Rory McIlroy, and the stunning renaissance of Jordan Spieth, who returns to Augusta National back in his rightful place among the favourites.

So, with all that said, what do we think is going to happen down Magnolia Lane? Following their joust in November, Golfshake Ambassador Matt Holbrook is once again taking on Golfshake Editor Kieran Clark in a foolish contest of making predictions.

The extra twist is that Matt had first choice and Kieran is unable to pick any of the same names!

Matt: "Sungjae Im - Was super impressive in his debut last year (Novembers Masters) and has also kicked on a bit. Is ready to win big."

Kieran: "I picked him last year, where he contended but couldn't get near the untouchable Johnson, but I again like the chances of Justin Thomas, who shook off a challenging period away from the golf course by winning brilliantly at TPC Sawgrass. His precise irons will take him far at Augusta - especially when it's playing a bit firmer and faster. He may very well have that jacket placed on his shoulders this Sunday."

Matt: "Someone else who handled Augusta National very well last year was Cameron Smith. The Aussie tied for 2nd with Sungjae Im and can again feature towards the top of the leaderboard this time round. He has only played in The Masters three times and has recorded results that include a T2nd and T5th."

Kieran: "Beware the injured golfer and all that - Brooks Koepka wasn't even expected to play after knee surgery just three weeks ago, but he's here and ready to go. Before that recent setback, the American was back in form, and there is no doubting his liking for the biggest stages in the game. He's a dangerous figure this week."

Matt: "Can you spot a theme? Just outside the world's top 25 is Abraham Ancer who ended up in a tie for 13th on his Masters debut last time out."

Kieran: "Since winning the Masters in scintillating fashion, Sergio Garcia has endured a horrible run at Augusta, making 13 on the 15th in 2018, again missing the cut a year later, before having to withdraw in November due to a positive COVID test. However, fit and playing some good stuff, I believe he'll finally have an enjoyable return visit."

Matt: "This time I'm going for Paul Casey. He has had five top 10 finishes since 2004 and whilst his last two visits haven't been particularly fruitful, this time he will perform much better."

Kieran: "Lee Westwood enjoyed a tremendous Florida swing, returning himself inside the top 20 of the world. At nearly 48, the odds would suggest that his time has likely passed for winning that elusive major, but his record at Augusta National is exceptional, and I think he will play well again. There is much to be argued for Hatton, Fleetwood or Fitzpatrick, but I'm going to favour the veteran for leading Englishman."

Matt: "Purely on the fact I missed out on him when we did this back in November, I'm going for Phil Mickelson."

Kieran: "Bernhard Langer remarkably became the oldest man to ever make the cut last year at 63 - finishing in a tie for 29th - but I'm going to stick my neck out and select another senior, Mike Weir, the champion of 2003, who has quietly refound his game on the Champions Tour and played all four rounds in November."

Matt: "This is the one I struggle with most as being honest, I had to Google which amateurs had qualified, I found Tyler Strafaci and thought that name looked good, so I'm going with him!"

Kieran: "There are only three amateurs in the field this year, so I'm down to a pick between two, and I'm going to edge towards Joe Long, the man from Lansdown Golf Club, who won the Amateur Championship in 2020 at Royal Birkdale."

Matt: "Jordan Spieth has showed some real recent form, winning in Texas on Sunday. He will have a great week and finish strongly here."

Kieran: "Only a select few - Nicklaus, Faldo, Woods - have successfully defended the Masters, but Dustin Johnson might very well join them. His game is that complete and dominant on its day. Augusta will play differently to November, so we may not see the 20-under heroics of five months ago, but the world number one is again the man to beat."

Where Will Rory Mcllroy Finish?

Matt: "Tough one to call this. We know how well the layout of Augusta SHOULD suit Rory, but we know he also has the extra pressure of needing this one for the Grand Slam. He hasn't been playing his best of late but rest assured he would have been working hard with his new swing coach Pete Cowen. Standard Rory will put three good rounds together and backdoor a top 10 as usual."

Kieran: "Rory is always a figure of intrigue at the Masters - now a decade since his dramatic collapse in 2011 - and his suspect form will see many overlook him, but I'm hoping for a strong week, a sign of better times to come, so I'm going to jump a little ahead of Matt and predict a competitive top five finish from the Northern Irishman."

Where Will Lee Westwood Finish? 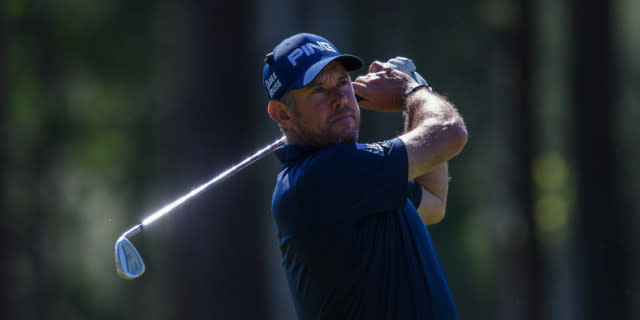 Matt: "A lot is being said of Lee Westwood's chances this year due to the two great results recently on the PGA Tour. My heart says he does really well this year. My head says he will make the cut but fizzle out towards the weekend and get a respectable top 20 finish."

Kieran: "As I noted earlier, I think Westwood will have an enjoyable week, with his son carrying the bag, and that relaxed approach could take him far. I believe the man from Worksop will finish inside the top 10, but without seriously contending on Sunday."

Will Bryson DeChambeau Beat His Best Augusta Finish of Tied-21st?

Matt: "Remember last November when Bryson rocked up to Augusta making some bold claims about the par 5s being par 4s for him? I think he is smarter this time and won't be so bold, but he will have a great week because he can overpower this course. He will beat his best finish here with a top 10."

Kieran: "Bryson did leave with egg on his face last year, but he's far too good to underperform again, and I think he will play better, but won't be among the leaders at the weekend, finishing inside the top 20. There are more questions to Augusta that he first needs to answer before winning."