5 Stories to Watch at The Masters

The Masters is a storybook of a major championship, the images have become iconic, the highlights are indelible. Each of the 88 players in the field this week have either previously written their own memorable chapter at Augusta National or have arrived with the intention of doing so.

Each of them have a story, not least the defending champion Dustin Johnson and the headline dominator that is Bryson DeChambeau, but there are a handful of possibilities that capture the imagination ahead of the 85th Masters. 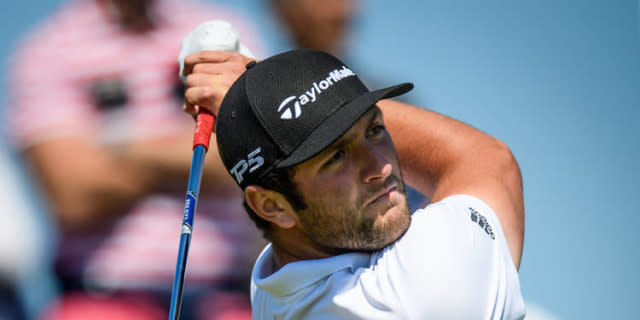 Uncertainty had surrounded the Spaniard before this week due to the imminent birth of his first child, but now that the 26-year-old and wife Kelley have gratefully welcomed baby Kepa into the world, the third highest ranked golfer on the planet is set to arrive at Augusta National in a positive frame of mind, competing at a venue where he has recorded top ten finishes in each of the past three editions.

The Englishman's career renaissance has been a popular tale, a journey that saw him claim the Race to Dubai, before jousting with Bryson DeChambeau and Justin Thomas in Florida at Bay Hill and The Players Championship. Nearly 48, he's playing well, enjoying life, and with son Sam on the bag, he's sure to be a popular sentimental choice.

But there's logic for his backers too, as he routinely plays well in the Masters. It would be a truly magical moment if the man from Worksop was to finally secure his first major down Magnolia Lane.

When his recent knee surgery was revealed a few weeks ago, most didn't expect to see Koepka at Augusta, but he's here and ready to compete. Before his latest setback, the American had shown exceptional form, winning in Phoenix and finishing second at the WGC.

Many will ponder whether he can sustain four days of walking on this hilly, undulating course, but this four-time major champion loves the big stage and thrives on leaderboard pressure. Beware the injured golfer and all that. He's a dangerous player this week.

The Texan's resurgence has been one of the most compelling stories on tour, culminating in victory on Sunday, his first since the Open in 2017. Augusta National is his canvas - the 27-year-old's iron play and supernatural touch on the greens have made him a perennial contender, the champion of 2015.

Can he follow the likes of Phil Mickelson and Sandy Lyle in claiming the Green Jacket seven days after winning on the PGA Tour? It would be the most significant chapter yet in the legend of Spieth, whose romanticism fits perfectly with this most artistic of golf courses.

Ten years on from his crushing final day loss at Augusta, for once Rory McIlroy isn't considered among the biggest favourites, his patchy form since the pandemic struck has seen him fall to 12th in the Official World Golf Ranking. However, recent work with renowned coach Pete Cowen (the ultimate locksmith) could help the Northern Irishman find the key to his swing that will see him once again contend at the Masters.

Should the 31-year-old triumph here - it would be an incredible, historic achievement, but while it may not seem likely in 2021, he remains capable of absolutely anything.