Tiger Woods was said to be "awake, responsive and recovering in his hospital room" following major surgery after the horrendous single-car accident that almost took his life on Tuesday.

In a shocking event that dominated the airwaves, the 15-time major champion crashed his vehicle in Los Angeles, on the border of Rolling Hills Estates and Rancho Palos Verdes, with deputies from LA County Sheriff's Department first on the scene at 07:18 local time.

LA County Sheriff Alex Villanueva, described the incident. "[The car] crossed the centre-divider to the point that it rested several hundred feet away. That indicates they were going at a relatively greater speed than normal.

"However, because it is downhill, it slopes and curves, that area has a high frequency of accidents. It is not uncommon."

Noting that the car hit a kerb, a tree and rolled over several times. Villanueva said "There was no evidence of impairment" with Woods who was "calm and lucid" in the aftermath of the accident.

Carlos Gonzalez, who responded to the incident, said: "It's very fortunate that Mr Woods was able to come out of this alive."

Lucky, indeed, but the injuries sustained were extensive. Anish Mahajan, Chief Medical Officer & Interim CEO at Harbor UCLA Medical Center where Woods is being treated, said in a statement released by the golf icon's Twitter account:

"Mr. Woods suffered significant orthopaedic injuries to his right lower extremity that were treated during emergency surgery by Orthopaedic trauma specialists at Harbor UCLA Medical Center, a level 1 trauma center. Comminuted open fractures affecting both the upper and lower portions of the tibia and fibula bones were stabilized by inserting a rod into the tibia. Additional injuries to the bones of the foot and ankle were stabilized with a combination of screws and pins. Trauma to the muscle and soft-tissue of the leg required surgical release of the covering of the muscles to relieve pressure due to swelling." 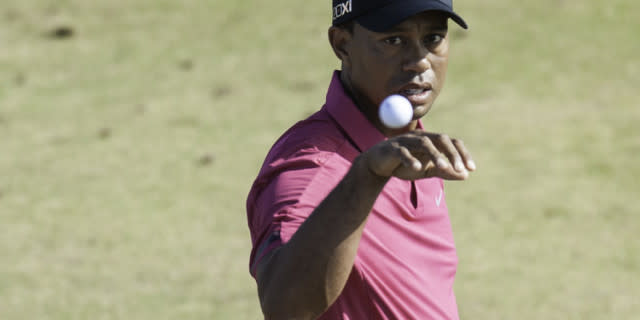 The news of the accident brought widespread public support to Tiger Woods from a wide spectrum of figures, including Barack Obama, Serena Williams, Jack Nicklaus, and Justin Thomas, who was emotional during a press conference ahead of this week's World Golf Championship event in Florida.

"I'm sick to my stomach," Thomas said. "You know, it hurts to see one of your... closest friends get in an accident. Man, I just hope he's all right. Just worry for his kids, you know. I'm sure they're struggling."

Many will speculate about what these injuries mean for Tiger's future on the golf course, an already unclear picture after his latest back surgery in December, but the main story today is the recovery of Woods the human and father.

The accident and its resulting impact were horrendous, but it could have so easily been a tragic event. Gratefully, that wasn't the case.

The statement released by Tiger's team ended with the words: "There are no further updates at this time and we continue to thank you for your well-wishes and privacy for him and his family."