Golfshake's Derek Clements looks at the headlines from the past week in golf and shares his View From The Fairway!

RALPH LAUREN are to be praised for taking the decision to cancel Justin Thomas’s lucrative contract following his homophobic slur at the Tournament of Champions. Highly-paid sportsmen need to realise that they have responsibilities. The American apologised for the remark, which was made during the third round of the tournament. "It's inexcusable," said the Ryder Cup player, 27. However, Ralph Lauren said it was "disheartened" by use of "language entirely inconsistent with our values”. They added: "While we acknowledge he has apologised and recognises the severity of his words, he is a paid ambassador of our brand and his actions conflict with the inclusive culture we strive to uphold.” It said it hoped Thomas "does the hard and necessary work in order to partner with us again". Television microphones picked up the player's remark after he missed a five-foot par putt on the fourth hole. The next thing that needs to be addressed is the routine use of the f-word. 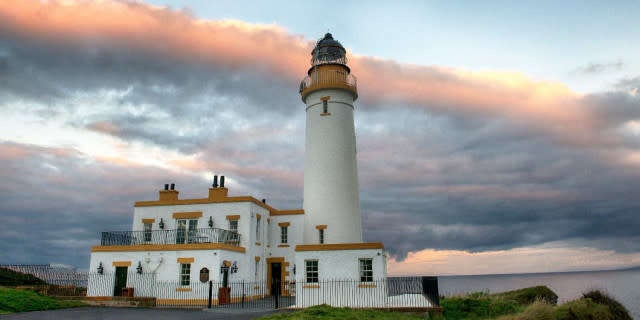 Common sense has prevailed with the news that the US PGA Championship has been taken away from Donald Trump's course in Bedminster, along with confirmation that there are no plans for The Open to return to Turnberry anytime soon. The tragedy in this is that Trump has spent a fortune turning the Ailsa Course on the Ayrshire coast into one of the finest links on the planet. But it is absolutely right that while he has anything to do with Turnberry - or any other golf course - that no major tournament should return there.

Stewart Cink, Martin Laird, Harris English, Sergio Garcia, Jason Kokrak and Brian Gay all prove the saying the form may be temporary but class is permanent. They have all won tournaments on the PGA Tour this season. In Cink's case, it was his first victory since The Open at Turnberry way back in 2009. And if offers real and genuine hope to Jordan Spieth that form can return at any time. Spieth's most recent victory came at The Open at Royal Birkdale in 2017, when he appeared to have the world in his hands. He has been working hard on his game during the brief off-season and I make no apologies for admitting that I am rooting for a return to form for the American. 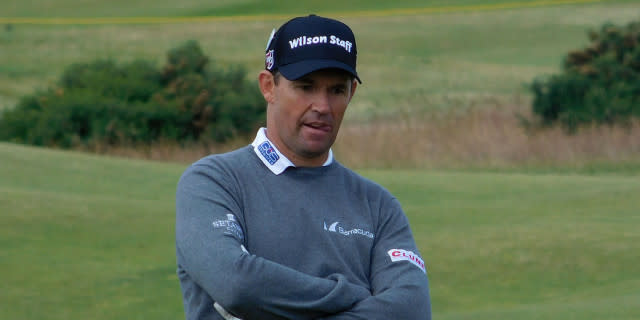 The race for Ryder Cup places resumes in earnest at the Abu Dhabi Championship, and Padriag Harrington will be a very interested onlooker. It was suspended when Covid-19 brought the 2020 season to a juddering halt. Nine players will qualify for the team from the European and world points tables, with Harrington having three wild cards. When the qualification process was suspended the nine men in the automatic qualifying positions were: Tommy Fleetwood, Jon Rahm, Rory McIlroy, Victor Perez, Tyrrell Hatton, Lee Westwood, Bernd Wiesberger, Matthew Fitzpatrick and Danny Willett. There are several notable names missing from that list - Victor Hovland, Rasmus Hojgaard, Paul Casey, Sergio Garcia, Robert MacIntrye, Andy Sullivan and Sam Horsfield are all entitled to feel somewhat hard done by that what they achieved in 2020 counts for nothing. On the other hand, a shortened qualification process will guarantee that Harrington heads to Whistling Straits with 12 men who will have shown good recent form. And that may be bad news for the likes of Ian Poulter, Henrik Stenson and Francesco Molinari, the Italian who finished the 2018 match at Le Golf National with a maximum five points.

How sad it is that Burnley Golf Club has had to ban walkers from its course. The club told locals that they could use it to exercise. And how did a small number repay them? By setting fires, pulling down walls and dumping litter. Greenkeepers were also verbally abused. Clober Golf Club in Scotland has also reported litter strewn across its course after people used the fairways for sledging after snowfall. It is just incredibly depressing.

We had another reminder last week, if we needed it, of the extraordinary times in which we live when the European and Sunshine Tours announced the postponement of three co-sanctioned tournaments due to be staged in South Africa next month. It only confirms that we will not be returning to normal any time soon. The plan is to hold the events later in the year. The spread of the more virulent strain of the COVID-19 virus in South Africa has forced the two tours’ hand – with a sizeable contingent of the field coming from the UK, which also has experienced a new strain of the virus, which has killed two million victims across the world. Sunshine Tour commissioner Thomas Abt said: “In light of the current worldwide increase in COVID-19 cases – and after consultation with our own health experts and GolfRSA and its Risk Mitigation Strategy – we believe it is the most responsible course of action to postpone these tournaments. The safety of our members as well as our staff is our primary concern. I’d like to thank the Challenge Tour as well as our own Sunshine Tour Board of Directors and sponsors for their guidance, patience and understanding amidst what remains a very fluid situation for world golf.” It all makes something of a mockery of recently-announced plans to allow spectators to attend The Masters in April.