COMMON sense has finally prevailed with the news that the Memorial Tournament will not, after all, be staged in front of spectators. The plan was to allow 8,000 fans per day but the ongoing Covid-19 pandemic has scuppered that.

The news was announced as many of the world’s best players arrived at Muirfield Village Golf Club for an unprecedented two-week swing at the “Course that Jack Built” — the Workday Charity Open followed by the Memorial.

There will, of course, be an all-star cast, led by Tiger Woods, making his long-awaited return to action, Rory McIlroy and the sensation that is Bryson DeChambeau. In all, 26 of the world’s top 30 will be at Muirfield Village. We are told that Woods is fighting fit and, as a five-time champion here, he will be chomping at the bit. But with five tournaments completed since the Tour returned while Woods has been relaxing at home, he is bound to be ring-rusty. Of course, Woods does not turn up for any tournament unless he believes that he can contend. He loves this places and has plenty of great memories to draw upon.

Don’t be surprised to see him paired with DeChambeau over the first two rounds. And what a fascinating and mouthwatering prospect that promises to be. You will remember that when he burst upon the scene in 1996, Woods changed professional golf, hitting the ball further than anybody else. But DeChambeau, winner of the Rocket Mortgage Classic, has taken things to a different level. He averaged 350 yards from the tee in Detroit and will be knocking the ball 40-50 yards past the 15-time major champion. 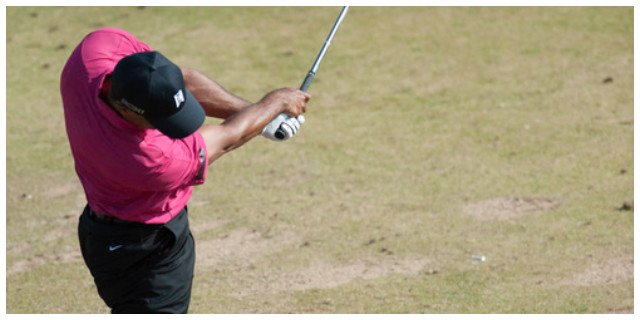 But Muirfield Village represents an entirely different challenge. With all due respect to the layout at Detroit, this is a proper golf course and it will be fascinating to see how DeChambeau tackles it. Much has been made of his accuracy from the tee, but he missed a lot of fairways during the final round at the Rocket Mortgage Classic and was able to muscle his way out of trouble. Jack’s course features proper rough - will DeChambeau be able to make mincemeat of the rough there?

It is also a course that demands a deft touch on and around the greens and that remains an area of weakness for DeChambeau. In saying all of that, he did win here two years ago. But that was before he turned himself into the Incredible Hulk!

McIlroy will also be smarting. His form since the restart has been patchy. He didn’t enjoy Colonial or Harbour Town and admitted that his decision-making left much to be desired. While he would have put his feet up for a few days, you can be certain that he will have been working hard to put things right and will relish the opportunity to put DeChambeau in his place. It remains to be seen whether he is able to do that.

Patrick Cantlay returns to defend the title he won last year. A thoroughly likeable young man, Cantlay is a truly world-class golfer who possesses few weaknesses. But he is a golfer who should have won rather more than the two PGA Tour titles he has so far managed to accumulate. He finished in the top 10 at both The Masters and the US PGA Championship, and the 28-year-old is establishing himself as a truly big-time player. Prior to the Workday Challenge, Cantlay had only played in the Travelers Championship since the restart, finishing in a tie for 11th. And his worst finish in this fractured season is a tie for 17th.

PGA Tour Commissioner Jay Monahan said that excluding fans had not been an easy decision but he was convinced that it was the right one. “We applaud the leadership, diligence and partnership it took from Jack Nicklaus, Dan Sullivan, the entire Memorial Tournament staff and State, County and City leadership to build a solid plan that would allow for limited fan attendance at next week’s event,” said Monahan. “But given the broader challenges communities are facing due to the ongoing Covid-19 pandemic, we need to stay focused on the number one priority for our return to golf — the health and safety of all involved. While this was a difficult decision, it was one made collectively, and we are appreciative of the process undertaken to this point that will allow us to welcome on-site fans when the time is right.  In the meantime, we have no doubt that the Memorial Tournament will once again be an incredible championship and deliver the best competitive environment for our players and utmost entertainment to our fans around the world.”

After Ohio Governor Mike DeWine approved in mid-June a phased approach to allowing on-site fans and guests, Memorial Tournament officials announced several elements of their Covid-19 activation protocols designed to allow for a 20 percent maximum capacity on property, encompassing patrons and private venues, as well as essential staff needed to operate the Tournament.

“The Memorial Tournament team, led by Dan Sullivan, worked exhaustively on a plan that the Governor of Ohio, Mike DeWine, as well as other local, county and state leaders were comfortable with, confident in, and applauded,” Nicklaus said. “We had a good plan in place, and I could not be more proud of everyone who contributed to it. In the end, we have the responsibility to recognise the health and safety of the players and all who attend the Memorial Tournament. We, in partnership with Nationwide and the PGA Tour, will now focus on presenting the best-possible Memorial Tournament we can for the players and for the many fans watching at home and around the world on TV.”

Nationwide, which has been the Tournament sponsor for 10 years, has been both supportive and instrumental throughout the planning process, since the Memorial date change in March in conjunction with the PGA Tour’s adjusted tournament schedule.

“We understand and support the decision to have this year’s Memorial Tournament without spectators,” said Nationwide Chief Executive Officer Kirt Walker. “Although we can’t be there in person, we wish the players a great two weeks at Muirfield Village Golf Club and we look forward to supporting them on course, with fans, in the future.”

Executive Director Dan Sullivan had emphasized for weeks the need for all involved to remain flexible and understanding, as the pandemic continued to grip the United States.

“While we embraced the opportunity to be the first event to welcome the return of on-site fans we recognise the current increase in positive Covid-19 cases across the country and our ultimate responsibility,” said Sullivan. “We will host the 45th Memorial Tournament without patrons on-site and encourage all fans of the Memorial and the PGA Tour to follow the competition through our collective social media channels and our broadcast partners. It’s disappointing to the many who have tirelessly worked to create a plan for on-site patrons, but I’m confident the learnings from these efforts will contribute to golf’s continued success, and we’re excited to showcase Muirfield Village to our fans.”

“The Memorial Tournament  and the PGA Tour have made the right decision in not allowing spectators to attend this year,” said Governor Mike DeWine. “I know it was a difficult decision to make, but the organsers  have put the health and safety of players and fans first.”

Rory McIlroy. Has a point to prove

Bryson DeChambeau. Bet your mortgage on a top-10 finish

Dustin Johnson. Back in the winner’s circle

Hideki Matsuyama. Big fan of Muirfield Village - and the game to win again

Justin Thomas. Will be smarting from losing out to Morikawa when it should have been easier for him to win