Opinion Article by Will Trinkwon

What do you think about the Premier Golf League? In case you’ve been living under a rock, the PGL is the first serious attempt to create a world golf tour since Greg Norman floated the idea way back in the early 90s. Take 48 of the world’s best players and pit them against each other in 18 lavishly funded tournaments across the globe – this, in a nutshell, is the concept of the proposed league. Tiger Woods squaring up to Rory McIlroy and Brooks Koepka week in week out on what. I would argue, would be the world’s first truly international golf tour.

On paper, this should be an ideal formula, but as Greg Norman found out when his maiden attempt at creating a world tour flopped 25 years ago, even a good pitch in theory can struggle in practice. This was highlighted last week, when the first sign arose that the Premier Golf League’s path from conception to fruition might be have a few difficulties. After a few rumbles of disapproval, the current world number one Rory McIlroy went on record as opposing the league. “The more I’ve thought about it, the more I don’t like it. For me, I’m out,” the four-time major winner said, dealing a body blow to the fledging tour’s prospects. Of course, plenty of high-level players remain interested, but Andy Sullivan squaring up against Andres Romero and Branden Grace doesn’t quite have the same ring to it.

Still, I’m rooting for the new tour to succeed. Let’s do a thought experiment: if Rory McIlroy hadn’t voiced his disapproval and the hoohar about the new league’s potentially dubious funding wasn’t so potent, how would you judge it? The prospect of a truly international, and – relatively – unbiased league which sees the best players in the world competing against each other 18 times a year in and getting richly rewarded for their efforts? Okay, so the hulking great purses – up to $40 million in the flagship event – probably aren’t part of the appeal for us regular club golfers and viewers, but the new League’s international credentials should be generating a bit more hype. 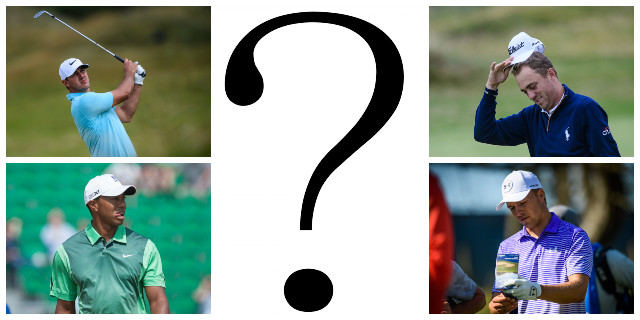 Currently, the biggest golf tour in the world is the PGA Tour which holds an unshakeable dominance in golf. Not only does pretty much every event on the PGA Tour, by some margin the biggest golf tour in the world, take place in America, but the country also hosts three out of the four major championships, a whopping 75% strike rate which is at odds with golf’s increasing global reach and appeal. This is why the Premier Golf League is so appealing: it has the ability to spread golf’s biggest events more evenly further afield.

According to recently revealed tour director Andrew Gardiner, a golf nut and bigwig lawyer at Barclays Capital, the League will comprise of 18 tournaments, almost half of which will be held at venues outside of the US. Of course, this means over half (10) will still be held stateside, but this still represents a marked improvement on the too-US-centric PGA Tour. Under the proposed plan, Europe gets three tournaments, as does Asia, while Australia and the Middle East get one each. Also, there’s no reason this makeup won’t change in the future, if golf continues its rapid-fire growth in Asia and other countries and the US powerhouse begins to wane.

It’s not only the prospect of a truly international roster that excites me about this proposed new tour, but also the possibility of a challenge to the PGA Tour, which for years has exercised an iron grip over world golf. When you consider the Tour’s arguably questionable handling of issues such as Patrick Reed’s ‘cheating’ scandal (rather than castigate the offender, it went after Reed’s detractors, such as Aussie star Cameron Smith), it often seems at odds with its white-picket fence image. For all the worry about the Premier Golf League’s alleged lack of transparency, it can’t be more clandestine and clubbier than the PGA Tour (though perhaps I’m being too harsh on the American group).

Ultimately, the proof will be in the product. And until its lavish competitions are being beamed into golfing households, we can only make provisional judgements. But whether the new League succeeds or goes the way of Greg Norman’s, I am excited that people still have the gumption, ambition and willingness to give a world tour a shake of the dice.

Do you agree with Will that there are reasons to be excited by the Premier Golf League, or are you concerned by the unanswered questions that have so far mired the proposed elite tour?