Six Players to Watch at The Open

156 players have qualified for the 148th Open Championship at Royal Portrush. But which of them will add their name to the storied history of this event? Golfshake's Derek Clements picks out six key golfers to watch in Northern Ireland.

Unbelievably, it is five years since McIlroy won the most recent of his four majors, and he will arrive at Royal Portrush under tremendous pressure, with huge expectations from a passionate Irish gallery. He has won twice this year (the Players Championship and Canadian Open) but has failed to contend at any of the season’s three majors. He knows Royal Portrush well but will be hoping that the wind does not blow because, if it does, his high towering drives and irons shots will be blown away.

Yes, you read it right. Spieth is in the middle of the worst slump of his career, but there have been some encouraging signs of late. And there is one thing to consider when talking about Spieth’s chances - he is a big-time player. And he is a big-time player who can play in the wind. Encouragingly, he has rediscovered his magical putting stroke. If he can keep the ball in play (and it is a big ‘if’), the American will surely contend in Northern Ireland.

In danger of being known as the best golfer never to have won a major, Fowler is fast becoming one of the most frustrating golfers on the planet. He won the Waste Management Phoenix Open earlier this year but will be the first to admit that he has failed to live up to expectations. He is a brilliant ball striker - and he holes pressure putts for fun. The key for Fowler is to get in the mix early. He must get off to a good start. If he can do that, then he can finally break that duck. 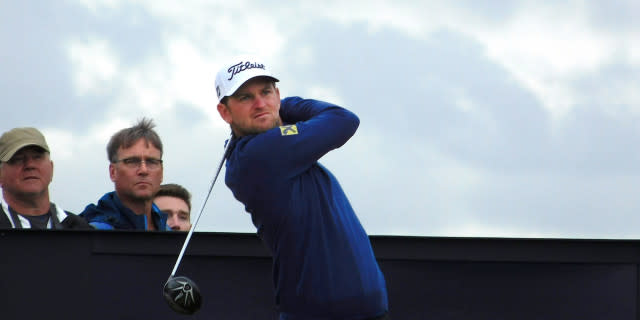 The Austrian has put injury misery behind him in the most emphatic way. Even after recovering his fitness, he spent months struggling to find his best form. But he has made steady progress all season and returned to the winners' circle at the Made In Denmark, before following it up with  a tie for second place behind Jon Rahm at the Irish Open, where he produced four sub-70 scores - and was genuinely disappointed. Continued that form in the Scottish Open. Make no mistake, Wiesberger is back and he is quite capable of winning The Open.

Royal Portrush is made for Fleetwood. He learnt to play his golf on links courses on the northwest coast of England, which means he knows how to shape shots in the wind. He hasn’t had the best of seasons but the Englishman is a ferocious competitor and he is desperate to win his first major. He has no weaknesses whatsoever. But perhaps the best club in his bag is his temperament. At Portrush he will get some unfair bounces, but he will take it all in his stride.

It is impossible to ignore the claims of Koepka, now a four-time major champion. Not only did he successfully defend his US PGA Championship title, but he finished second to Tiger Woods at The Masters and was second in the US Open at Pebble Beach - an incredible achievement bearing in mind the pressure he was under in trying to win his national Open for a third successive year. He is a hugely impressive golfer who sole focus now is winning majors.