Another fantastic opportunity for young golfers has been announced this week. Leading golf retailer, American Golf and Equipment specialists PING have released detail for their event, the American Golf Junior Championship. The announcement is confirmation that the two brands will once again work in tandem to produce one of the country’s best free golf tournaments for juniors.

The event organisers have said that there will again be a number of categories, including Scratch, boys and girls handicap and future stars, which will consist of those aged eight and under. The event has been recognised within the golfing world and is to be shown on Sky Sports when the main Championship takes place in October. The final competition will be hosted at Gainsborough Golf Club, where the PING’s headquarters are located and Aaron Mohun from Chester will be hoping that he can once again conquer the course and the field to defend the title he won, last year. 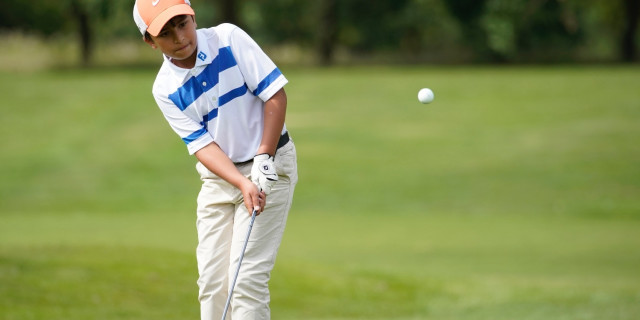 But, any who wish to have the chance at claiming the overall prize later this year, must first qualify through their regional qualifying event. The dates and venues for the qualifiers have been released by the organisers and are as follows.

Managing director of PING Europe is aware of just how great the event is and that it’s not all about the golf, but the manner it is played in, too.

He said, “Over the years we’ve been involved with the American Golf Junior Championship, we’ve seen some fantastic golf played by hugely talented golfers but, more importantly, we’ve seen sportsmanship and camaraderie from some inspiring young people. We’re delighted to be continuing our partnership with American Golf and being part of this fantastic event yet again, and we’re looking forward to welcoming all the qualifiers to Gainsborough Golf Club for the finals.”

Speaking of the support from PING and the role they play in getting juniors involved, Matt Bacon, Head of Events at American Golf said, “Some of the best junior golfers in the U.K. & Ireland have played in the Championship over the past few years so I’m excited to see how the event develops for 2018. PING have been fantastic supporters of our drive to get more Juniors of all abilities out hitting balls so I’m delighted to have them on board again for our celebration of the best of junior golf.”

The event has no entry fee and is accessible to juniors of all abilities, whether they have a handicap or not. To find out more information and enter, please - Click here