This month's British Masters presented by Sky Sports was already set to be a major highlight on the calendar, but anticipation will only increase over the coming week in the north-east of England with the news that Rory McIlroy has confirmed his participation in the event at Close House, which is to be hosted by Lee Westwood.

Having failed to qualify for the Tour Championship, the former world number one - who had stated his intention to take a break from competitive golf after the Alfred Dunhill Links Championship - adds the showpiece to his schedule, which is a huge boost to the event and indeed the circuit who were counting the loss of McIlroy from the season-ending trio of Rolex Series tournamnts that will conclude with the finale in Dubai.

“I'm looking forward to playing my first British Masters for a while, McIlroy said as reported by the European Tour's website. "I kind of had it in the back of my mind that if I didn't make the Tour Championship then there was a chance to tee it up at Close House, so I have decided to do that before finishing my season off the next week at the Dunhill Links.

“I'm pleased to be able to support Lee Westwood next week as well. I know what it's like to be a tournament host so I know how much the British Masters means to Lee this year. It looks like he has done a brilliant job along with Sky Sports and Close House in putting the event together and hopefully the crowds will come support us.

“Teeing it up next week gives me one more chance to end 2017 on a high as well. If I can sign off the year with a win or two in Newcastle and then St Andrews I would take so many positives into my six-week recovery period when I am going to reset mentally and physically and concentrate on getting myself in the right shape for next year.” 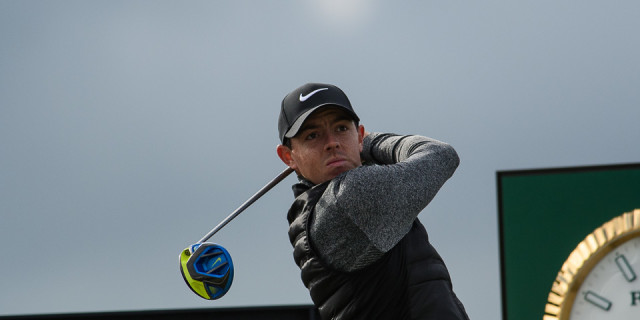 Masters champion Sergio Garcia, Matthew Fitzpatrick, Danny Willett, and Martin Kaymer are also in the field in Newcastle, and the tournament host was understandably delighted at securing the participation of the four-time major champion.

“It is great news that Rory will be coming to Close House next week for the British Masters,” said the 44-year-old. “The first time I played with Rory was actually in the British Masters with Darren (Clarke) at the Forest of Arden, so it’s great to have him back playing in the tournament.

“We already have really strong field, including Sergio Garcia and Danny Willett, the last two Masters Champions, and I’m delighted Rory is able be part of it too.

“Everything is shaping up nicely for the tournament and Rory is another great player for the fans to come and see in action at Close House.”

Turning professional ten years ago, the British Masters and Dunhill Links were the first two events McIlroy played. Now completing his first decade in the pro ranks, in many ways it has come full circle ahead of the next chapter of his storied career to date.