Sergio's Winning Bag at the Masters

Sergio Garcia brilliantly withstood the pressure to overcome his friend and fellow competitor Justin Rose in a thrilling playoff at Augusta National to win the Masters for his maiden major championship victory at the 74th attempt. Take a closer look at the clubs used by the Spaniard to achieve his breakthrough moment.

What You Need To Know:

- Garcia added the Spider Tour red putter to his bag at the WGC Match Play and used it to tame Augusta National's diabolical greens. He finds it easier to aim and put consistent roll off the face. This was the eighth consecutive week that Spider was the #1 putter model on PGA TOUR.

- Sergio plays the new P750 irons (3-PW) with Nippon N.S. Pro Modus Tour 130x shafts, utilising counterbalancing throughout the set as it helps him with his transition and gets the club more on plane.

- For the seventeenth consecutive year, TaylorMade was the #1 driver at the Masters (33 in play).

- Unlike many of his fellow players, Sergio only opted for two wedges this week (in addition to his PW) as he feels he can hit all of the shots he needs to with just two lofts. He had 2 Milled Grind wedges in the bag; 54° & 58°.

- This was the sixth win this season for the new TP5/TP5X ball, with Garcia now having two of them (Dubai Desert Classic).

- Garcia's win is the 13th win in 15 weeks for TaylorMade's '17 M drivers, more than any other manufacturer. 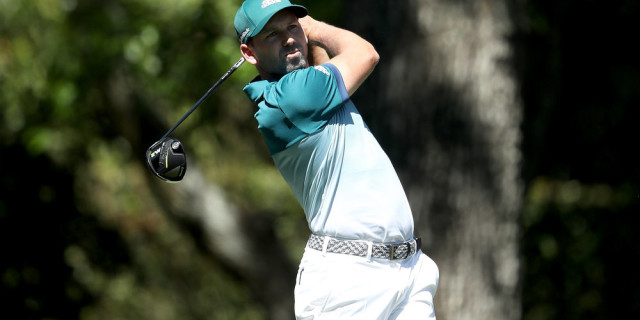