Secret Club Pro Reveals Best and Worst of the Job

The life of a club professional seems pretty straightforward from the outside doesn’t it? Open up the shop, sell a few golf clubs, tees and balls; run the Saturday competition and have the credentials to play whatever course you fancy for free.

However, Golfshake’s Secret Club Pro would beg to differ. Our anonymous club professional talks us through freeloaders, members buying elsewhere and a pair of mouldy cleats.

The best thing about being a club pro is…

…The enjoyment you can give to people through making their game better. Whatever their ability, if you can put a smile on their face by getting the ball up in the air, reducing their slice or giving them an extra 20 yards off the tee, it gives me great satisfaction.

The worst thing about being a club pro is…

Golf clubs take ages to make a decision on the smallest matter. I once asked the secretary of my club if I could open a bar tab for two gentlemen who had sponsored a competition. Between them they had put up approximately £2,000, so on the day I asked if they could have a drink/sandwich (they were both driving so weren’t going to downing 15 pints) and the club would pick up the tab. I was told it would have to go through council!

As a club pro everyone thinks you are really interested in their 87, and will tell you every detail about it on their return to the clubhouse. I had a member at my old club, who, if you made the mistake of asking “How did you play?” would start up with something like: “Well, on the first, it was slightly downwind (I know, I’ve been here since 6am starting everyone) so I teed it up that little bit higher and creeeeeeammed it right down the middle, 2nd shot was 147 downwind etc etc. I only made that mistake once, that’s for sure.

There is nothing worse than…

…One of your members, who you would class as a friend, coming in every week and having a coffee while not buying anything. I accept that nobody buys something every time they come in, but that person is always the first to be in the shop trying your new demo product as soon as it’s released; drivers, irons and wedges.

One day they then turn up with a brand new set of Ping’s claiming to have got a good deal on them (and probably still wanting a coffee). Yep, that’s right, I spend £20,000 a year with Ping to get all the demo’s in for you to try so you can go somewhere else to buy them without even asking for a quote.

To scale it down, it annoys me to see any member turn up with a new club without asking me first. Sometimes I, and I guess many pros, take it as a personal insult that they haven’t asked.

My personal pet hate is when a member comes in after a round and slings you a pair of 1980’s FootJoys and asks for a re-spike. Not only do the shoes stink or are soaked, the studs have become one with the sole and it takes every ounce of energy to remove them.

When you finally get them done (30 mins) with your super spanner (£49.99) the member expects the price to be the same price as the set of spikes and moans when you charge them an extra fiver. 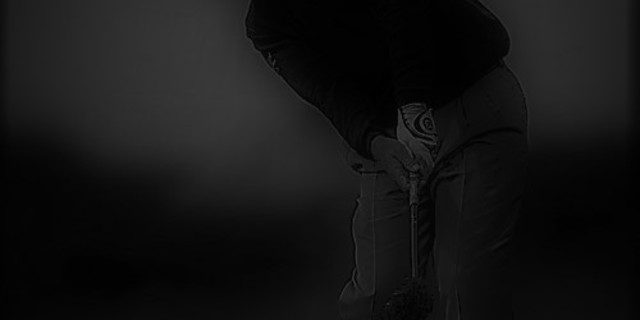 It is important that...

…Every golfer has their clubs fitted. Would you go into a shop and buy a pair of trainers without trying them on? No. So why buy a set of clubs without getting them fit to you?

They would see an increase in distance, accuracy and a general improvement in their game, BUT, some people who come for custom fitting have ridiculous expectations in what the club can do for them. We can fit the clubs to the golfer but can’t make them swing it correct.

Being a club pro comes with many difficulties because…

...The job is becoming very seasonal now with the wetter winters and course closures. We are lucky as we have an all year round business (driving range and course shop) that gets the best of summer and winter trades. I would hate to be in a shop only where you stock up with winter clothing, only for the course to be mainly closed for three months and by the time the summer comes round, nobody wants your stock.

The internet has also hit sales, but we are using the internet as our friend now. By offering custom fitting and pre/after sales advice service we can charge slightly more. And people don’t mind paying that little bit extra, in truth. If you are cute on the internet pricing you can show them a price online and say you’ll match it as online may not actually cheap.

…I was playing in a pro-am once and we were drawn to start off the 10th tee, which is right by a driving range. The 10th is, if I remember, a long par-4, which on this day was playing into a gale and it was raining heavily too.

As is normal in these events, there was a slight delay on the tee. When I arrived, the group in front hadn’t teed off and were waiting to go. In pro-ams you get a complete mixture of abilities of people playing, from the good golfer who wants to play with a pro, to the guy who plays once a year and has been invited along by a mate who has sponsored a team to play.

You hope to god you don’t get one of these teams as it means you’ll be stuck out there for six hours looking for balls.

Anyway, the starter announces the first guy onto the tee and as soon as he stands to the ball you know he has no clue. After a wild swipe and a miss, he connects 2nd time but sends it straight up in the air. The raging gale blows it back over his head and it lands in the rubbish bin on the tee.

The look on the pro’s face was priceless.

So there you have it, the life of a club professional may not be as glamorous as you expect, and if you’re guilty of trying demos from you local pro but refuse to buy from them…shame on you.

The Enforced Break Is Timely For Some Tour Professionals

How Coronavirus is Affecting the World of Golf