It's an exciting year ahead for the popular Lumine Mediterranea Beach Club & Golf Community, which is set to host a number of high profile events throughout 2017, including the European Tour's Final Stage Qualifying School to be played on the highly regarded Lakes and Hills Courses.

The European Tour has announced it will be moving its heralded Final Stage Qualifying School to Lumine played across the exceptional Lakes and Hills Courses. The Lakes, a Greg Norman designed 6,300 metre par 71 golf course is the most technically difficult course on the resort and offers a real challenge for the professionals. The Hills a 6,334 metre par 72 course offers a unique test and sharp contrast to the Lakes with its incredible views of the coastline, set amongst the leafy woods and olive plantations. Both courses complement each other well and will pose a great test for the players.

The event is the final hurdle facing some of professional golf’s most talented players, with the excitement and prestige of securing full European Tour playing privileges at stake.

“We are proud to be able to say we are the host venue at such an important juncture in the professional golf calendar,” commented Calle Carlsson, General Manager at the Spanish resort. “We have a great facility, a course that requires a good deal of patience to master and the finest conditioning in the region.” 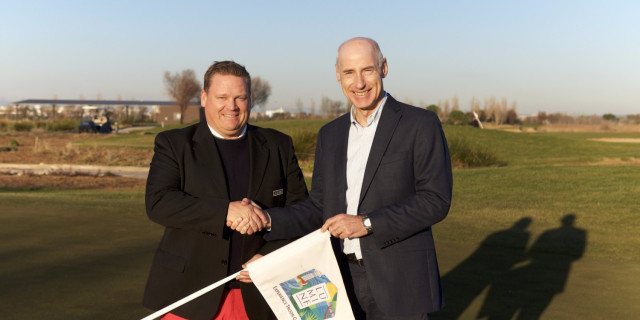 European Tour’s Final Qualifying is scheduled for 11th – 16th November 2017 and will host 156 players who were eligible from pre-qualifying. The European Tour’s Qualifying School Director, Mike Stewart commented; “We have enjoyed a great working relationship with Calle and his team at Lumine. The facility is tailor-made for the professionals with superbly managed facilities to cater for the players, a well laid out infrastructure and both the Lakes and Hills providing the ideal test of golf for the Final Stage of the Q school process.”

Alongside the prestigious European Tour activity, The Lumine Golf Festival, a unique series of golf events held from the 6th – 12th February has proved a huge hit with golfers. The PGAE’s Fourball Championship has sold out with teams across Europe competing in the event for the sixth time at Lumine. The event welcomes professionals to compete for a healthy prize purse in a unique format. Following this event, Lumine will host an International Pro-Am where consumers team up with professionals, to take part in the team event for a prize fund of €20,000.

“We have carefully planned our event series, taking into account feedback from the professionals and our consumers,” continued Carlsson. “Lumine is the perfect event host. We have 36 holes of championship golf, unrivalled practice facilities, a dedicated team of hospitality and event professionals with a passion for hosting major events, 2017 is on track to be a record year!” 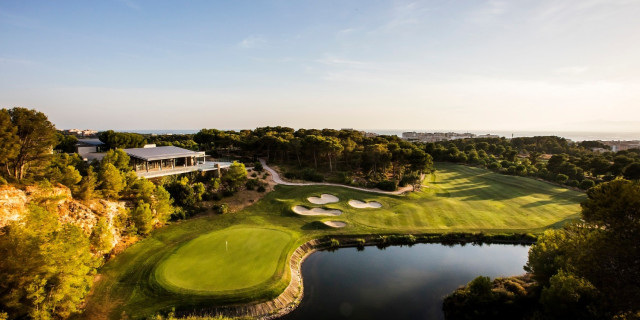 In addition The Nordea Tour Winter Series will take place from Feb 22nd – March 4th 2017, providing the much needed rest bite from the northern-European winter months. Lumine has also enjoyed a stellar partnership with YouTube sensation, Rick Shiels, who will be hosting a series of tuition trips in 2017 with his tribe of avid viewers.

The Troon managed resort, just 50 minutes south of Barcelona is home to 45 holes of golf – 27 of which designed by World Golf Hall of Famer and 2-time Major Champion, Greg Norman. The courses; The Hills, The Lakes and The Ruins are set between two state-of-the-art clubhouses, each providing its own unique experience and atmosphere.

Neighbouring the property is Europe’s most popular theme park, Port Aventura, a comprehensive meetings and conference centre, the coastal towns of Salou and Cambrils, both renowned for their nightlife and cuisine, and just ten minutes away is the cultural town of Tarragona. The club has its own full service travel centre in Lumine Travel, which provides customers the assurance that their travel needs will be fully catered for from the moment they land to the moment they leave.

For more information about the resort, visit http://www.lumine.com/.