What's In The Bag: Hideki Matsuyama at the Hero Challenge

Srixon Sports Europe is celebrating yet another successful weekend for two of its brand ambassadors, Hideki Matsuyama and Harold Varner III, who secured significant titles in the Bahamas and Australia respectively. The Japanese star, in particular, continued a formidable run of form that has seen him triumph on a consistent basis in recent weeks, capping off the year with a fourth win.

Hideki Matsuyama – With this Win:

Secures an impressive fourth win in his last five individual events worldwide, with a two-shot victory over an elite field

The 24-year-old recently won the Japan Open, was second at the CIMB Classic, won the World Golf Championships – HSBC Champions and then won the Taiheiyo Masters before taking home the Hero World Challenge

His Japan Golf Tour wins now total eight, including four in one year (2013) and he has five top-10s in Majors from 17 starts. 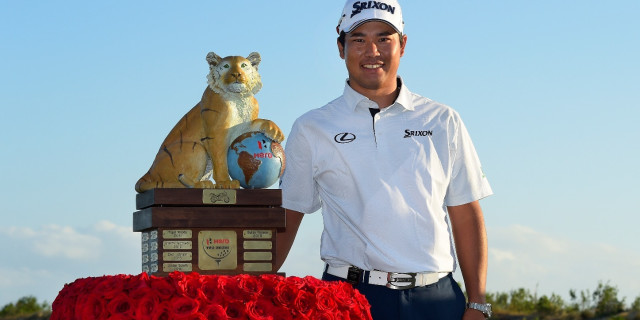 Harold Varner III – With this Win:

Moves to the top of the 2017 Race to Dubai Rankings

Will move to just outside the top 100 of the Official World Golf Ranking, from 184th

Is the first, first-time winner of the 2017 European Tour season

Is the first American to win the opening event of a new European Tour season since Phil Mickelson, won the 2008 HSBC Champions

For further information on all Srixon / Cleveland Golf products, as used by the game's best players, visit www.srixon.co.uk & www.clevelandgolf.co.uk.