The Celtic Manor Resort has picked up another major accolade after being voted Europe’s Best Golf Hotel in the World Golf Awards.

The award completes a notable European double for the South Wales resort in end-of-year awards ceremonies. Earlier in November, chief executive Ian Edwards was named Hotelier of the Year at the European Hospitality Awards. 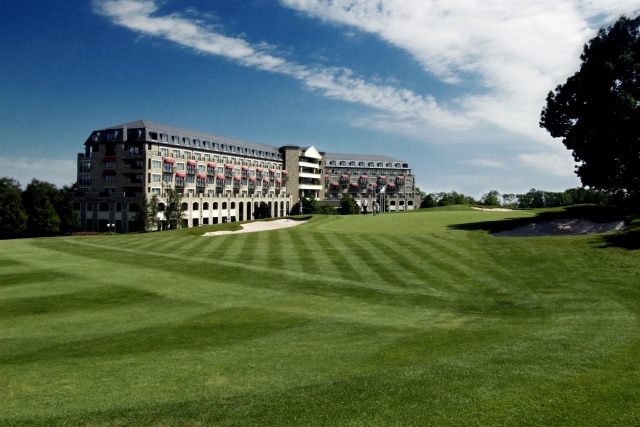 Celtic Manor Director of Golf, Spa and Leisure Will Hewitt said: “We’re delighted to have been voted Europe’s Best Golf Hotel after another busy year on our three championship golf courses.

“We’re fortunate here to have not only a wonderful golf offering but also an exceptional, world-class hotel and staff who take a pride in exceeding the expectations of our guests.

“What is particularly pleasing about this award is that votes were cast by professionals working within the golf travel and tourism industry – senior executives, travel buyers, tour operators, agents and media professionals, as well as by travelling golfers.”

Host venue for the Ryder Cup in 2010, Celtic Manor was named Europe’s Leading Golf Resort in a separate awards organised by the International Association of Golf Tour Operators in 2011. Earlier this year it was also named the UK’s Ultimate Golf  Resort at the 59 Club Awards.

“It has been a privilege to recognise the international leaders in golf hospitality and to shine the spotlight on some of the best golfing destinations from around the world.  My congratulations to those among them who have emerged victorious.”