Poland is known for many things. It was here in Gdansk, for instance, that the Solidarity movement began and Lech Walese became a household name. Poles are also known for their hard-working ethos. And then there’s vodka. Vodka can only be called ‘vodka’ if it is made with Polish grain*. When you taste the good stuff you’ll know why.

Not much is known about the country’s beauty and even less is made of Poland’s golfing pedigree. The sport is a relatively new phenomenon, with the first course of the post-war era, First Warsaw, opening in 1992.  In total there are fewer than 30 courses, with 3,500 Poles officially registered as golfers. The game is in its infancy, but don’t think that means you won’t enjoy golf in this country as there are some remarkable courses here. The added bonus is that fairways are rarely crammed and the value is excellent. Combine that with the value of other necessities (hotel, food and drink) and Poland just might be the perfect – and very different – golfing destination for you. Certainly, the Swedes and Germans have ‘discovered’ it and now the British are, too. 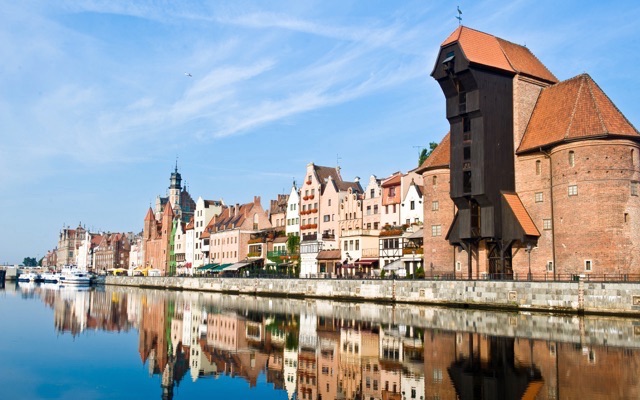 Golf is centred in three regions, of which Gdansk is one. The city sits on the edge of the Baltic Sea in north Poland, and is over 1,000 years old. It has a long history of war (much of it was destroyed during WWII), resurrection, determination and… amber. The city is renowned for it and Gdansk is worth a side trip, especially to see the Golden Gate, and the Royal Way that lies behind it. Here, Poseidon takes centre stage among the bars, restaurants and busy thoroughfares. The Way runs as far as the Green Gate, on the waterways, while the nearby Mariacka Street revels in its gothic style (an army of gargoyles watch over you). It is a pretty street and is now home to dozens of artisan shops selling amber jewellery of all shapes and sizes. 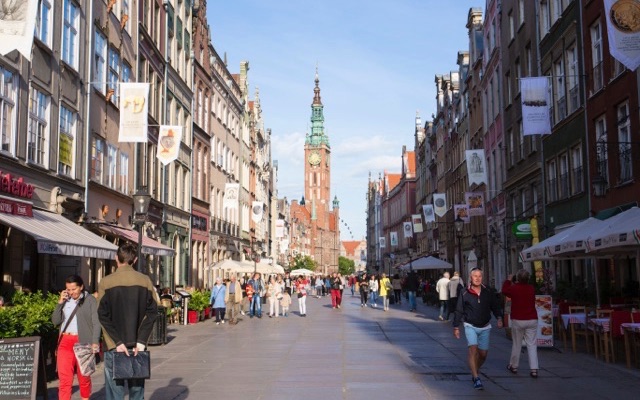 Beyond Gdansk, and not far from Lech Walese Airport, is Sopot. Combined with Gdynia to the north, the three cities form a metropolitan area known as Tricity, with a population of 1.4 million. In Sopot, a wide, popular beach, and a pier that stretches out into the sea, give the impression of a Mediterranean resort. The pier was first built in 1827, slicing into the Gulf of Gdansk for over half a kilometre. It is the longest wooden pier in Europe. Grab an ice cream, watch the speedboats and jet skis and it is hard to believe you walk above the Baltic Sea, between Poland, Lithuania and Sweden.

The climate, as the busy beach suggests, is warmer than you might expect. From spring to autumn the temperatures reach 22 C, peaking in July and August. It is mild, but that makes it ideal golfing weather. It can get wet during the summer months, but that’s nothing new and it makes the shoulder months of May, June and September particularly attractive.

Gdansk is a busy city, with a bustling hum of restaurants, bars and hotels.  You will never be short of somewhere to stay and eat. Perhaps your biggest challenge will be trying all the different local dishes and beers, for the Polish are keen on both. You’ll see Chlodnik (a cold beetroot soup), Bigos (sauerkraut and meat stew) and Klopsiki (meatloaf) on many menus. Visit Gdanski Bowka, a bustling bar and restaurant on the waterfront near the Green Gate.

This is also true as you move out into the Pomeranian countryside (and closer to the golf courses), for it is a popular tourist area. Stay at the Willa Port hotel in Ostrada, overlooking Drweckie Lake, or the Marina Golf Club Hotel in Olsztyn, deep in the forest and only minutes from Mazury Golf Club. In Gdansk, the Mercure Hotel is centrally based, situated between Gdansk’s famous shipyards and the enchanting ‘old’ city.

There are four key courses around Gdansk: Gdansk Golf Club, Mazury, Sand Valley, and Sierra. The latter two offer golf-focused, self catering houses and apartments on site, providing an ideal location from which to head off to both Gdansk city and other golf courses. It should be noted that if you wish to visit all the courses you will need a car or bus. The distance between the clubs – from the most northerly (Sierra) to southerly (Mazury) – is 140 miles, promising a wide variety of landscapes and experiences, from the lakelands and dense forests of the south to the gently rolling hills of the north. Where the lunar-esque landscape of Sand Valley sits in that mix is anyone’s guess, for it is a course unlike any other.

If you only want to stay and play at Sierra or Sand Valley, the resorts are very accommodating in terms of transporting you to and from the busy local towns. It should also be noted that the popularity of these resorts with Swedish and British golfers has led to signs and scorecards being printed in English. UNESCO ranks Polish as the fourth most difficult language to learn, so such small touches make a big difference. Plenty of the locals at clubs/bars/restaurants speak English, so don’t be put off by such things as the language barrier.

Language issues aside, there is a real willingness and desire to get the golfing product right: Mazury Golf Club is building a hotel on site, in the depths of the forest which surround it; Sierra has a charming clubhouse and extensive practice facilities; Sand Valley’s self catering houses have pools, saunas and barbecues; and Gdansk offers ‘old school’ charm with plenty of facilities and a big, elegant golf course that does all the talking. 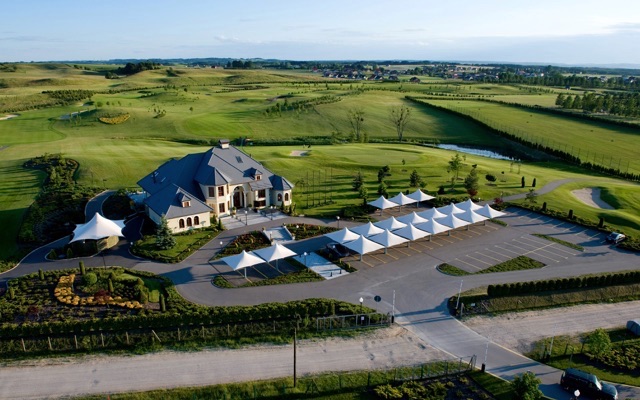 You are unlikely to recognise all the names of the course designers here. Of those employed when golf was still in its infancy only Martin Hawtree (Mazury) will be instantly familiar. But, as the game grows, so high profile-named designers are lured to the country: Poland’s newest course, Modry Las, some 300 km to the west of Pomerania, was designed by Gary Player. Opened in 2009, it received much international praise. In the Pomeranian part of Poland, however, it is the courses themselves that have the highest profile.

Set in the forests of the Mazurian Lake District, in a region colourfully known as the ‘Thousand Lakes’ (it is not difficult to see why on your journey here), the course was designed by Martin Hawtree in 1994. The land buckles constantly as holes move between the trees and around numerous water features. It has the shapes of a professionally designed course, but retains a natural, raw feel that adds to the energy of the place. A big clubhouse and hotel are being built between the 1st tee and 9th and 18th greens. The flattest hole on the course – the par four 5th – is also the most difficult, demanding a laser-like drive between lakes left and right.

Where to Stay - Hotel Marina Club

This is a unique 5-star hotel in Mazuria, where raw, Scandinavian architecture is combined with unharmed nature and the charm of the Land of a Thousand Lakes. It is the perfect place to get away from the hustle and bustle of everyday life and obtain relaxation in the Spa area. 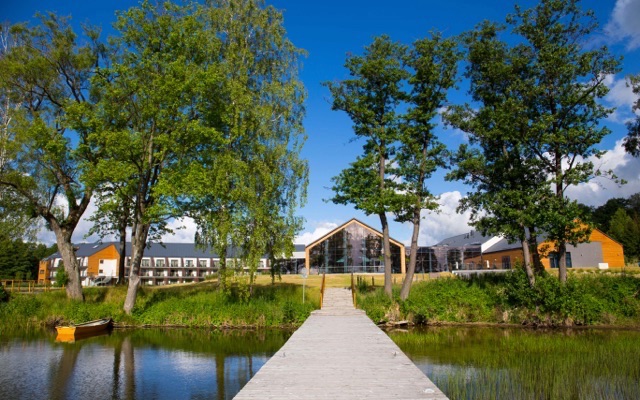 This is a course unlike anything you’ve experienced before. It may describe itself as an ‘inland links’, but that simply doesn’t do the place justice. Fairways stretch up to 150 metres wide in places, bunkers and waste bunkers line holes for a hundred yards, while the enormous greens twist out of the landscape. It is an adventure that is as enthralling as it is different, and it is worth remembering that it is best played with the traditional ‘bump and run’ approach.

Where to Stay - Elbl?g Hotel

Located 20 minutes from Sand Valley Golf Club, The Hotel Elbl?g is situated in the very centre of the Old Town that bear its name and is a place that is full of history, charm and comfort – offering guests the opportunity to relax, unwind and enjoy the local surroundings. 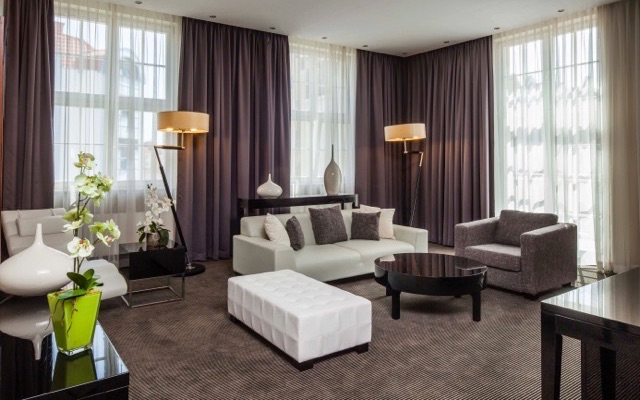 Of the region’s four courses, Sierra will feel most similar to those from Great Britain, right down to the clubhouse building with its dark woods and elegant furnishings… not to mention the British Pro. After a gentle, relaxing start of three par fours, the landscape finds some roll as fairways sweep alongside woods, between the trees, around bunkers and out towards a back nine drenched in water. This is where you will find the biggest thrills, but the whole experience is one of smooth quality… and the dedicated apartments mean you can stay at the club, with access to the excellent facilities.

Of the four courses this has the biggest and most muscular feel. It has also hosted a couple of European tournaments, adding to its reputation. An easy, rhythmic landscape is drenched in trees and lakes, with holes well separated by swathes of more woodland and impenetrable rough. You will often find yourself playing along the edges of forest so there is a peacefulness to the place… even on a busy day. From the back tees it is the second longest course in Europe… so choose your tees wisely.

There is easy access to this area of Poland, with departures from Aberdeen, Birmingham, Bristol, Doncaster-Sheffield, Edinburgh, Glasgow, Leeds, Liverpool, Manchester, London (Stansted, Luton). Direct flights take approximately two hours, so it is not an arduous journey.

Investment in golf continues and with its easy access and impressive courses, Poland is a golfing destination that will attract ever-increasing numbers of golfers who want to try something new and enjoy value both on and off the course.

* While this is not strictly true (based on an EU Regulation brought into force in 2008), probably best not to mention it when you’re in Poland.