The improvement and upgrade works at Kedleston Park course have paid rich dividends, with the club recently promoted to top spot in Derbyshire by the industry-respected ‘Top 100 Golf Courses of the World’ website

It has long been regarded as one of the finest golf courses in Derbyshire and the East Midlands, but in recent years has sought to strengthen and broaden its reputation via a series of upgrade and improvement works overseen by renowned golf course architect, Tom MacKenzie, who along with business partner Martin Ebert, has introduced changes both subtle and more significant at seven of the links courses on the current Open Championship rota. 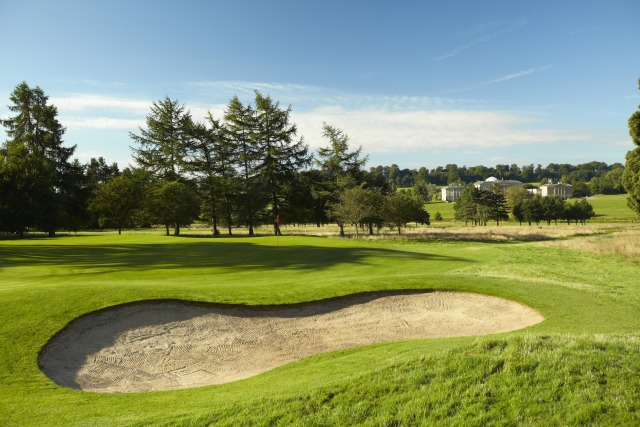 The work at Kedleston Park has been carefully designed to be ambitious while remaining sensitive to the Colt, Alison and Morrison design from the original James Braid’s layout, with the reworking of bunkers, mounds and green complexes, and the installation of a state-of-the-art new drainage system. The twin goals were to improve the visual appeal of the holes, and to enhance the layout’s strategic and tactical demands, ensuring that good shots are still rewarded while miscues may lead to greater challenges.

The club’s ambitious endeavours have proved to be time and money well-spent, as respected course ranking body, ‘Top 100 Golf Courses of the World’, has recently announced that Kedleston Park has climbed to number 1 in its rankings for Derbyshire following a survey among the county’s 31 affiliated golf clubs.

“We said last year that we were all looking forward to seeing the fruits of these considerable labours in 2015,” says Club Chairman, Ian Neal. “But to receive such a boost with this excellent news so early in the season has given everyone at the club a huge lift, and vindicated all that we have set out to do via our upgrade programme. We have long believed that we were blessed with Derbyshire’s top course, but to have that now confirmed in these rankings, voted for by the golfers of Derbyshire, is very satisfying. We are confident that as the improvements continue to bed in over the coming months, Kedleston Park’s reputation will be enhanced well beyond the county’s boundaries too.”

Kedleston Park offers a competitive, but friendly and welcoming environment for golfers of all levels. For further information on the course upgrades or Kedleston Park in general, please visit www.kedlestonparkgolfclub.co.uk, email [email protected] or call 01332 840035.

Edwalton Golf Club
Nottinghamshire from £7.00 Save 9%