St Enodoc GC prepares to celebrate it's 125th Anniversary in 2015

One of England’s oldest and most beguiling golf clubs, St Enodoc in north Cornwall  is celebrating its 125th anniversary this year. To mark the occasion, the club will stage a Festival of Golf Week, comprising various tournaments and social functions, from June 28th to July 5th.

The highlight of the week promises to be a Hickory Shaft Tournament with competitors carrying a set of fully-restored hickory clubs in replica leather and canvas bags over a composite course of club’s Church and Holywell courses. 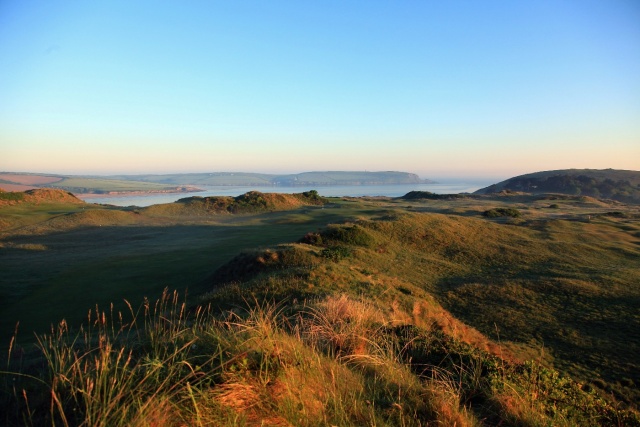 First laid out in 1890 by acclaimed golf course designer James Braid, St Enodoc’s Church Course is considered one of the premier championship links in England that has a golfing heritage to match.

Its location on the high sand dunes of the north Cornwall coast overlooking the Camel Estuary, with Padstow to the west and the Atlantic ocean to the north, makes for ideal links golf and for some of the greatest sea and estuary views of any course in the world.

This alluring 6,547 yard-course, characterized by undulating fairways, firm greens and a number of blind shots, may not be long by today's standards yet the course record stands at 65, just 4 under par, indicating just how challenging the course remains to this day.

To add to its golfing narrative, St Enodoc has over the decades lured a host of legendary Open Champions to its fairways including not only James Braid, but also Henry Cotton, Jim Barnes and Tom Watson which has further added to the prestige of this outstanding course.

Indeed the course was immortalized forever thanks to the Poet Laureate Sir John Betjeman whose experience of playing St Enodoc was encapsulated in his poem, ‘Seaside Golf’. Fittingly Betjeman, who lived in nearby Trebetherick towards the end of his life, was buried in graveyard of the Norman Church alongside the 10th green of his favourite course.

St Enodoc boasts a second course, the Holywell, which is set to the north side of the present clubhouse. Since golf was first played here, there have been holes located there with some of these original holes also of Braid's design. At times, some of them even formed part of today’s Church course.

The Holywell is more manageable in length and carries than the Church and so ideal for beginners, juniors and seniors as well as for experienced golfers looking for a quick round. Though just 4,082 yards, the Holywell still boasts some demanding holes with small, testing target greens making it a challenge for golfers of all skill levels.

As a club today, St Enodoc offers excellent practice facilities complete with driving range, two putting greens and two PGA coaching professionals. It recently invested heavily in a new short game practice area, a new target green on the range and a new covered bay facility. The clubhouse, refurbished last year in time for its anniversary celebrations, provides the full range of usual amenities plus an elegant terrace for al fresco dining in the summer.

Visiting golfers are able to play the Church Course for £75 – or just £45 in winter – which represents excellent value for a course of this quality, history and tradition. Meanwhile a round over the Holywell Course is just £25 all year round.

St Enodoc is part of the Atlantic Links, a trail of ancient links set along the north coast of Somerset, Devon and Cornwall comprising Burnham & Berrow, Saunton, Royal North Devon and Trevose.