Andalucia is a golfing paradise where you will be spoilt for choice, and we really do mean spoilt. You will get some idea of what we mean when we tell you that it is home to Spain's heaviest concentration of world-class golf courses, with more than 100 layouts designed by such legends as Trent Jones, Jack Nicklaus, Gary Player and, of course, the late,

Seve was instrumental in bringing the Ryder Cup to Spain and no golfer who visits the area will want to head home without playing Valderrama, which has hosted many European Tour events but was really put on the map when Europe beat the United States there in 1997.

Could you possibly travel to Andalucia and not play the famous par-five 17th hole, with its treacherous green sloping towards the lake that protects it and the bunkers behind the putting surface that you want to avoid at all costs. Back in 1997, Seve, who was the non-playing European captain, almost drove Colin Montgomerie to distraction by striding up to the Scot and telling him how to play his approach to that green. Mind you, Seve wanted to play every shot that year.

Malaga ( also known as Costa Tropical or Granada) and Cadiz (Costa del Sol, Costa de La luz) provinces have the most golf courses, with the highest concentration per square km in Europe. In recent years though, the number of courses in Costa de  Almeria and Huelva (Costa de La Luz) have increased dramatically, including Desert Springs, Mundo Aguilon, La Monacilla and El Rompido.

As you plan your golfing holiday, it is difficult to know quite where to begin. Will seven days be enough? You bet your life it won't, so maybe you do one week now and return later in the year for another seven days. Or perhaps you just give up work, move out here and play this wonderful game until your heart's content. 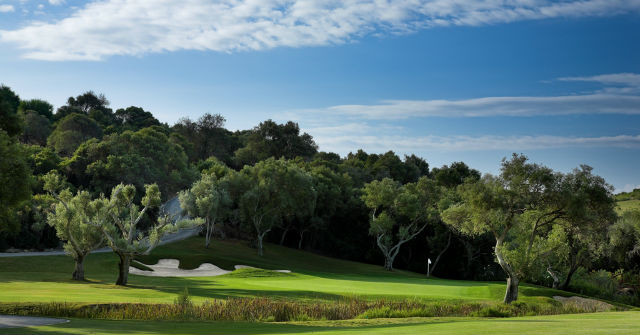 How could you visit Andalucia and not play at Finca Cortesin (familiar to TV golf fans as host of the Volvo World Match Play), or the spectacular Montecastillo (which has hosted the Volvo Masters). Or you could spend your time at La Cala, which is one of the largest golf resorts in Europe, or play La Quinta, Guadalmina and San Roque where so many dreams have been either born or destroyed in the European Tour Qualifying School – some say that the 18th green at San Roque is permanently stained by tears.

On the Costa del Sol alone, there are more than 60 golf courses, offering challenges to players of all standards. The thing they all have in common is that they feature lush green fairways upon which the ball just sits up and begs to be struck well, and wonderful, fast and true putting surfaces.

You might want to remember to avoid playing at midday, and don't even think about carrying your clubs. On these courses, in the prevailing summer conditions, a buggy is the only way to play – and ensure that you take LOTS of ice-cold water with you.

On the Costa de La Luz, you will find golf courses that run alongside the Atlantic Ocean – the scenery is spectacular and there is almost always a cooling breeze to help you enjoy your game.

You may have heard that golf in this part of the world is not cheap – well you could be in for a very pleasant surprise. If you book your tee times before you travel, you will save money, especially if you are looking to make a block booking. They want you to play their courses and they know times have been tough. Spain has had it far tougher than Britain during the current recession, but it knows that holidaymakers are its lifeblood, and in Andalucia, they want to make you feel welcome.

Yes, the days of the £1 pint and £1.50 meal have gone, but don't think for one minute that the Andalucians are waiting to rip you off when you ask about green fees. They want your money, but they want you to go away and tell your golfing buddies back home about how great their courses are, and they want you to come back next year. It would be senseless to price themselves out of the market.

Besides, there are 117 golf courses to choose from in Andalucia. Yes, you read that correctly. It is also worth bearing in mind that many green fees also include buggy hire and practice balls. You will also find group offers where four golfers play for the price of three. The very best courses, such as Valderrama, are not cheap, but then again, you would pay a fortune to play Wentworth and you would have no guarantee that the weather would be warm and dry.

Let's take Valderrama as an example. For less than £600, it is possible to get a round on the Ryder Cup course, plus three further rounds on courses of a similar standard. Oh yes, and you get a buggy thrown in at each course. Remember that you can share the buggy and, therefore, the costs with a friend.

And there are many good courses in Andalucia where 18 holes will set you back less than £50. It has got to be worth trying, don't you think? Just imagine – no wind, no rain, spectacular tees providing jaw-dropping views, beautiful fairways, perfect greens. What on earth are you waiting for?

Fancy a trip to Andalucía? Golfbreaks.com have some fantastic deals for 2014: 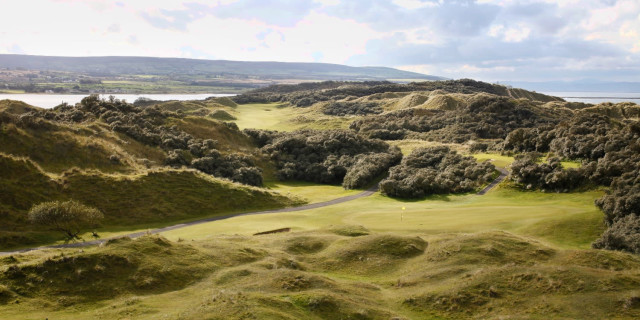