The first time I ventured outside La Manga to play golf in Murcia was April 2012, which also happened to be my first sampling of IRM Golf Experience's impressive set of courses.

Since then, I have returned several times, firstly, because I was looking for a viable alternative to the excellent but sometimes prohibitively expensive courses at La Manga, but secondly, because the quality of design and greens I experienced at Condado de Alhama - my first taste of the Nicklaus-designed courses – convinced me that playing all six IRM courses was something I just had to do.

I arrived at La Torre with high expectations after playing El Valle and Condado - two hugely impressive layouts made more appealing my their modest green fees. It turned out to be a solid, challenging golf course with well-designed holes and large, sweeping greens with some treacherous run off-areas.

Some might argue that there are too many bunkers. My Dad certainly would. He managed to find 18 of them in one round, but that only goes to highlight the importance of putting drives and approach shots in the right place. And, like any course, the more the play it, the better you understand where to go and where to avoid. Sand is, of course, easier to maintain than grass, especially in this part of the world, and that helps to explain why there is so much of it at La Torre. 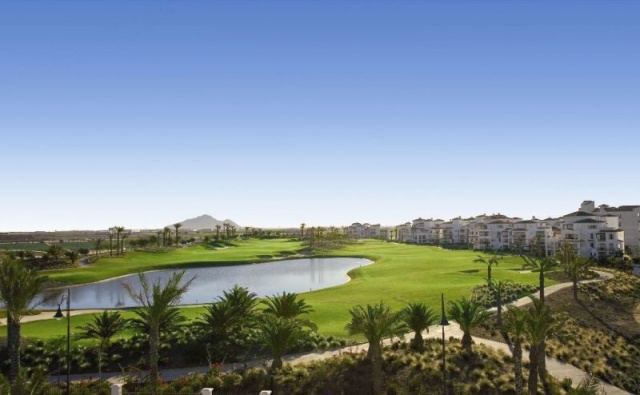 The selection of par 3s at La Torre is a treacherous indeed, with none of the set playing less than 180 yards. I would consider myself as a reasonable hitter, and I was only able to hit an iron off one tee. I would prefer not to have to hit three woods to par threes, but that is a personal issue and takes nothing away from the fact that the short holes at La Torre are well designed, visually striking and testing.

The first of the par 3s - the third hole - gives an early indication as to the challenges that lie ahead. It is 180 yards up a steep hill, with the green surrounded by slopes, hillocks and sand. Many people will hit too much club in order to reach the green, but leaving your ball below the hole is preferable to going long. A steep slope lurks behind the green, and the quick run-off area at the front of the surface means keeping your ball on the putting surface is a challenge.

The front nine is rounded out with the par-3 9th - a sublime hole in a wonderful setting. It sits in the shadow of La Torre's imposing hotel, with the large lake that fronts the hotel running all down the right, and jutting into the fairway some 50 yards from the tee. As such, you simply can't get away with a scuff, bringing a psychological dimension to a hole that's difficult enough already. The tendency is to bail out right, but that just leaves a tough downhill chip towards water. It's the best of the par 3s and you will be delighted to walk off the green with a par. 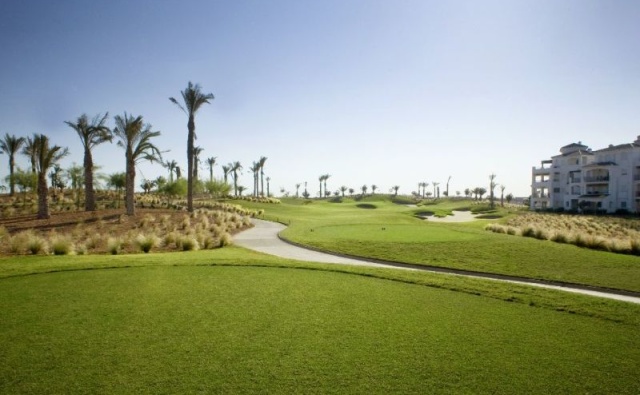 There are some memorable par fours at La Torre. The first hole is relatively straightforwad, which is always a relief, but the second will grab your attention. It's a long, dogleg right, with a row of houses lon the right of the fairway, forcing caution for those pondering whether to cut the corner of the dogleg. There is some space left, but a conservative drive will leave you with a long approach to a green fronted by deep bunkers. It's a cracking hole that really evokes thought over every shot. Anyone walking off with a par will have done really well.

If you're hitting the ball straight, the par 4s on the back nine offer some scoring opportunities. They aren't the longest holes - especially off the yellow tees - but placement is vital. Anyone avoiding sand and opting for strategy over power will face a number of short-iron approaches, but putting the ball in the fairway is easier said than done. The 12th is probably the best par 4 on the back nine. Shrewd bunker placement encourages a draw from the tee, but if you overdo it you will find a vast waste area down the left; hit it too straight and you will find sand. From the middle of the fairway, a mid-iron remains to a brilliant and truly distinctive tiered green tiered green that's raised, extremely well protected and a good 30 yards from left to right. 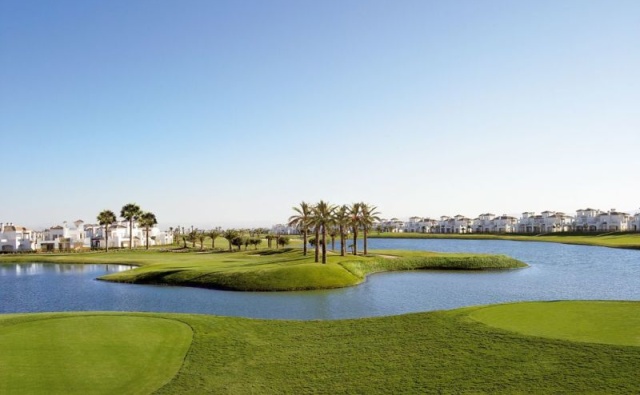 There are only two par fives but they are both memorable.

The first - the 7th - is a long, narrow hole with danger lurking everywhere. A bunker runs from the tee all the way up the right side of the hole - demanding a 200-yard carry if you stray right - and a motorway lines the left of the hole. You can't see it, but you can certainly hear it, and if you stray left (as I did) you'll have an anxious moment waiting to hear if you've caused a major pile-up! Trouble continues up the right of the hole, and keeping left will give you the best angle to a long, slanted green which is perched on top of an incline. The 12th has many similar characteristics - in terms of sand, shape and length - but the green is the most severe on the course.  The target is small and its surroundings are absolutely peppered with deep bunkers, swails, slopes and rough - the way par-5 greens should be.

La Torre is a good, solid resort golf course which will provide an enjoyable test. Some might say there is too much sand, but bunkers are there to be avoided. The par 3s are well designed, the par 5s are excellent and the greens are in excellent condition. Overall, I'd give it a rating of 7/10.