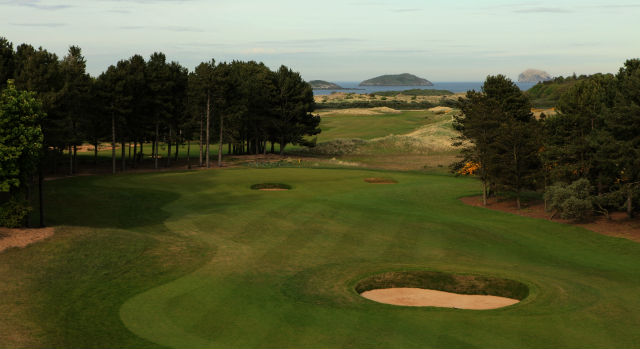 Archerfield Links in North Berwick opened its doors at the start of the 21st century , and since then, it's become renowned - and subsequently acknowledged in a range of golfing publications throughout the world - as one of the finest new golfing venues in Europe.

Archerfield is the complete golfing package and a golf club ideally positioned as the sport attempts to take on a different perception and attract a new clientele in the 21st century. The ethos of the club centres on experience over tradition, with relaxed dress codes, a welcoming atmosphere and numerous off-course amenities ensuring it's an experience that can enjoyed by all the family. The magnificent and recently-restored Grade 1-listed Archerfield House - which fell into inexorable decline following its usage as a British Army based during World War Two - sits at the centre of the estate, and provides a wonderfully arresting focal point with a tasteful-decorated interior, a superb food menu and a balcony overlooking the Fidra Links - a sumptuous spot for a post-golf beer or glass of wine.

The first-rate drinking, dining and exquisite all-round experience provided in the clubhouse is complemented by an overarching accommodation offering. Five-star hotel rooms are offered on the premises, but the range of woodland lodges dotted throughout the property garner a huge amount of acclaim, and justifiably attract a significant amount of interest. Elsewhere, the Archerfield boasts some of the best practice facilities in the country, and two golf courses that will continue to rise each year up the global golf course rankings. During the Open this year, the likes of Adam Scott and Ian Poulter elected to stay at Archerfield - indicative of its all-round quality. The resort sits between Muirfield - the number-one ranked course in the UK and Ireland by Golf Monthly magazine - and North Berwick - a historic and storied links with one of the best holes in the world - and it's testament to Archerfield that it doesn't look out of place in such esteemed company. 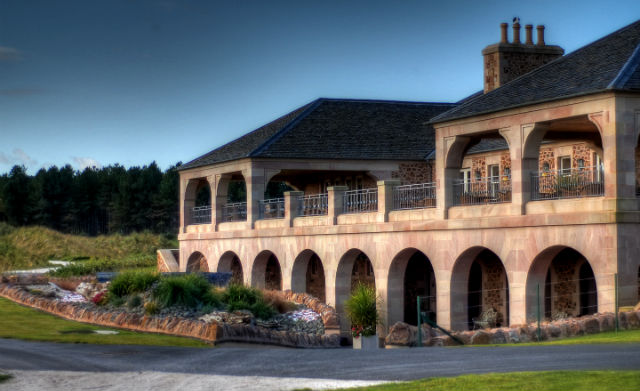 The Fidra Links is, without doubt, one of the most charming and secluded courses I've ever played. It's a unique layout, thanks to its mixture of links and woodland elements, and not dissimilar in character to courses like Hillside. The course meanders seamlessly through pine-strewn terrain and periodically opens up to reveal land laden with devilish pot bunkers, firm-running fairways, links-esque slopes and hollows and thick rough. As you might expect given the nature of the resort, the Fidra is maintained in excellent condition, and when the sun shines on a late summer afternoon, it's a simply gorgeous place to play golf.

The Fidra starts with a relatively tame par 4, but springs into life with the par-5 2nd. It's a long, narrow hole with banks of trees lining both sides of a fairway that bends subtly to the right as it progresses. Any wayward drive will demand a chip out sideways, and lay-ups must counter both the angle of the hole and intrusive trees that can block out the third. If you manage to negotiate the tricky part, you'll still face an awkward approach to a green surrounded by sand, trees and grassy hillocks. It's a really tough hole but an extremely enjoyable one, and the mixture of scented woodland, towering trees and lush green grass promotes a wonderful feeling of tranquility.

The best par 3 on the front nine comes at the fourth hole. It's a mid to long iron for most players, but overcompensating on club is far more preferable than coming up short of the putting surface. All the trouble is short, and if you fail to carry your ball onto the green, it'll be snaffled by a series of terrifyingly deep bunkers, which sit considerably below the level of the short grass. If you do manage to get out first time (it took me four shots!) you'll do well to two-putt on a large, firm green that slopes from back to front.

There are a mixture of varied par 4s on the front nine, from the fifth - a firm hole with undulations and severe green-side slopes - to the narrow, dogleg eighth, but the pick of the bunch is probably the ninth - a long hole demanding a big drive to open up a front right to back left-sloping green with a narrow entrance.

The links elements of the Fidra are accentuated from the 12th hole onwards, where the Bass Rock, Firth of Forth and Fife coast come into view. It's a delightful stretch, with the downhill par-3 13th sandwiched between two brilliant par 4s: 12 and 14. The 12th is one of the shorter par 4s on the course, but it's laden with hazards. A huge waste area lines the right of the hole, just inside a sizeable, thick-rough strewn dune that flanks the entire hole. You'll also have to contend with three bunkers and a number of hillocks on the left hand side of the fairway.If you manage to find the small parcel of fairway, a short iron awaits to a tiered green with numerous run-off areas.

The 14th is a long, difficult par 4, and the same dune that flanks the 12th is utilised in a similar capacity on the right of 14. Another dune cuts in from the right of the fairway some 220 yards from the tee, and the hole then moves down a narrow channel towards the green, which is flanked by some of the thickest rough on the course. It's an imposing hole and, in my view, the hardest on the course.

Holes 15, 16 and 17 all continue to flow in the same direction, before the par 5 18th, a hole that's truly distinctive in its character. A cluster of bunkers is located in the middle of the fairway some 200 yards from the tee, forcing you to go right, left, or straight over the top. The fairway lies to the left, but the shortest distance from tee to green is right of the sand. If you play there, though, your second will be played from a parcel of wispy rough that runs all the way up until the green. If you play sensibly and leave a short distance for your third, you still need to make sure you hit the right part of the narrow putting surface, which has a massive ridge running through the middle of it. It's a great closing hole and one that lingers in the memory long after you've finished your round.

Archerfield Links is the complete modern resort and one that's thoroughly deserving of all the praise it's attracted since its opened its doors a decade or so ago. The Fidra is a fine golf course in excellent condition, and one that will only get better over time.