Easily accessible and with much to offer, France has become a hugely popular destination for British golfers making the short journey across the English Channel to Continental Europe, where a rich litany of exceptional venues and courses are just waiting to be experienced.

With such diversity, it can be hard to choose which region you should visit, but that's where Open Golf Club comes into its own, the group manages 50 top-class golf courses with 40 partner hotels across nine countries, but the most significant bulk of them are located within France.

From the likes of revered layouts La Mer in Le Touquet, to Chateau de la Begude in the south of the nation, there is a rewarding depth of quality that is ready to be discovered through Open Golf Club.

We take a closer look at what you can expect - underlining why this part of the world is an essential addition to your must-visit list. 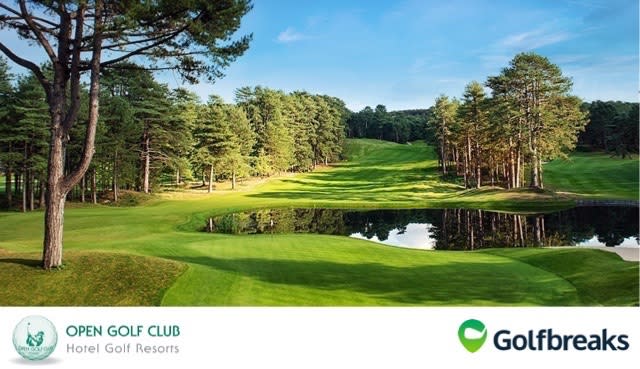 The North of France

Le Touquet is a hotspot for outstanding golf, positioned just an hour from Calais, featuring clifftop views and terrific courses, the clear standout being La Mer, the celebrated layout designed by the great Harry Colt and Charles Hughes Alison, which has been a six-time host of the French Open, including being the site of Seve Ballesteros' triumph in 1977.

Elevated, recognised for its deep bunkers, striking dunes and fast greens, La Mer is a formidable challenge for any golfer, but a deeply invigorating one, a thrilling test that has seen the course ranked among the best in Europe.

Running through beautiful pine trees, La Foret is a perfect companion to La Mer, more forgiving off the tee, but a course that demands accuracy with your approach play. Originally laid out by Horace Hutchinson but renovated by Philip Mackenzie Ross, these two spectacular designs complete Le Touquet as one of the great European venues, something further enhanced by the nine-hole Le Manoir, which is ideal for those looking for an easier round.

Also within the north of France and a short journey from Le Touquet, Golf d'Hardelot is home to a pair of celebrated designs, Les Pines and Les Dunes, both of which are regarded as being among the best in the country.

Created in the 1930s by the famous British architect, Tom Simpson, Les Pins runs through an ancient forest that is packed with character, boasting strategically placed bunkers and protected greens, demanding precision play, with this course being a definitive must play for any keen golfer in search of something special.

Significantly younger, Les Dunes is nonetheless growing in stature, stands wider and inviting, but requires golfers to think their way around, picking the right spots from the tee, an attractive opportunity for those who most enjoy the cerebral challenge of the game.

The South of France

Venturing down to the magnificent south of France on the Cote d'Azur, Chateau de la Begude is near Cannes and Nice, two of the most stunning playgrounds on the continent, the paradise of millionaires, and offers tremendous accommodation, simple but luxurious. The on-site Opio Valbonne course is charming and oozes character, including the unique feature of a Roman aqueduct running alongside the 18th fairway, making it an unforgettable spot to play golf and region to experience.

Moving further west on the Atlantic Coast, Golf de Seignosse is widely considered to be one of the best in France, located near the city of Biarritz, this design boasts undulating fairways that thread along hilly terrain with cork and oak trees and well-protected greens contributing to the overall challenge. There are also many natural, daunting water features and shots over ravines making this a strong test, one of the finest in the country, and definitely a venue that should be on your list to play.

When you consider this depth of quality, it's easy to see why France is such a popular retreat for travelling golfers, rich with variety and boasting many of the most revered courses in Europe.

For more information on the venues you can experience with Open Golf Club, visit Golfbreaks.