Splash......another splash, 30 seconds later another splash,  Lake Mere was seeing some serious action, the great expanse of water that forms the dominating feature of the famous resort in Chesire was claiming shot after shot, but luckily for us it was just practice balls. The range at The Mere has to be one of the most unique in the world. Grab your bucket of balls and fire away into Lake Mere. It certainly makes for a novel experience and is very good fun. It sets the tone for your day and leaves you in great spirits as you head up to the first tee to take on the James Braid designed course.

Nestled on the edge of Knutsford is The Mere Resort, it has been a favourite amongst golfers in the North West for over 80 years and more recently has become well known as a playground to the rich and famous of Cheshire. Despite it's well known cliental it is open and welcoming to visitors both for a days golf or for a short break staying at the hotel on site.

With all that in mind we decided to head up the M6 and experience The Mere first hand to test our games on the Championship Course.

The front starts with a great par 5 that dog-legs gently left to right around the lake. The drive offers a generous start with a wide fairway, but be sure to avoid a cut or block to the right as the lake is in play. For long hitters the green is reachable in two.

Highlights of the front nine included the 2nd which at 400 yards is not a long par 4, but has it's fair share of challenges. An accurate tee shot is required around the left to right dog-leg which features a deep ravine and pond to the right at landing distance. The green is then well defended by several bunkers. A tough, but fair hole that will yield a birdie chance if you can keep it on the short grass.

The 7th is also a cracking hole, a series of bunkers dominate the tee shot, making it quite intimidating, hit the fairway and you will be faced by a tough shot over water to back to from sloping green. For us, this was the best hole on the front nine and a great challenge.

The front nine certainly provided a great test. It is a classic parkland layout with tree lined fairways and small greens. Accuracy is paramount as you need to be playing into the greens from the fairway.

The back nine starts with a super tough par 4. The 10th plays a long 430 yards. You play the tee shot to a fairway that is well bunkered.

A highlight of the back nine comes after the 11th where a fantastic halfway hut is located. If you are visiting The Mere and grabbing a bite to eat before your game make sure you leave plenty of room for one their famous halfway hut pies!

The 15th signals the start of a run of holes that really makes The Mere stand out. unlike the rest of the course you will experience changes in elevation and towering oaks. The 15th boasts both these features as it dives down the hill with a large copse of oaks on the left. You will need to carry the ditch that runs across the fairway to leave an uphill approach shot to a large, back to front sloping green. This maybe the best hole on the course and the tee shot certainly stays in the memory.

The 15th at The Mere

The 18th hole could probably be described as The Mere's signature hole, it dog-legs sharply around the lake. You face a tough tee shot  to a fairway that slopes sharply from left to right. Play safe and you will have a longer distance to the green, a lot longer in fact!

If you are really brave you can take it as close to the water as you dare! By doing so, you will shorten the hole and possibly give yourself a chance of reaching the green in two.

The green itself is set back against the lake, almost making it an island green, so beware with your approach shot as water lurks just off the back edge!

The 18th at The Mere

A great course which is full of character and features some memorable holes. Quick, sloping greens add to a testing course from the tee and the final hole around Lake Mere makes for a fantastic finale!

When you consider the addition of the recently refurbished hotel and spa, it is a fantastic package and is certainly a venue you should consider when planning your next UK golf break 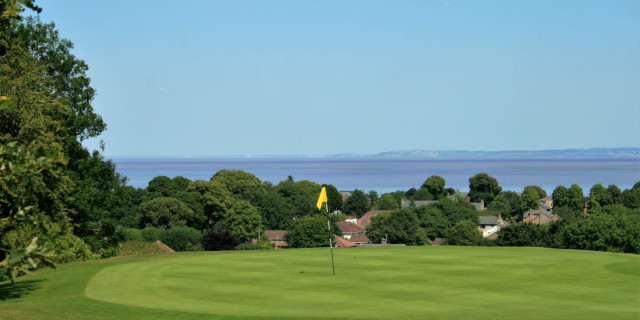 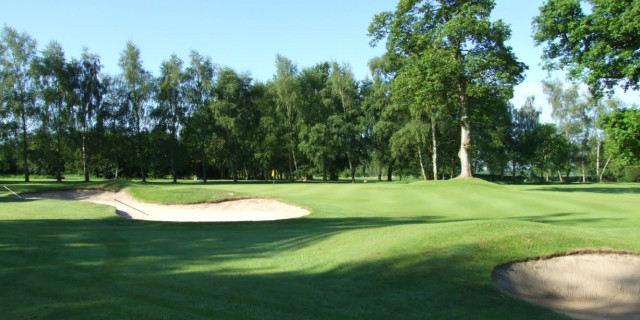 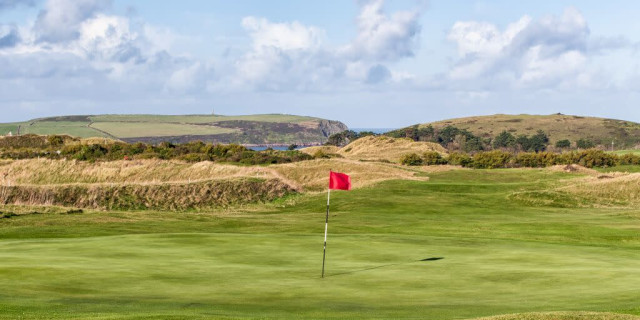 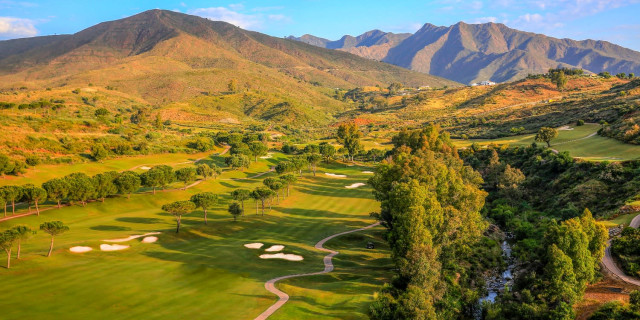