Sir Terry Wogan, who passed away during the weekend at the age of 77 after a battle with cancer, became an icon of broadcasting in the United Kingdom, featuring both on radio and television for half a century.

Born in Limerick City, the Irishman renowned for his wit and warm personality began a career with the BBC during the 1960s, which led to a lengthy stint hosting the breakfast show on Radio 2. Millions "Woke up to Wogan" for decades each day, before a move into television hosting a successful chat show and the likes of Come Dancing and Blankety Blank. 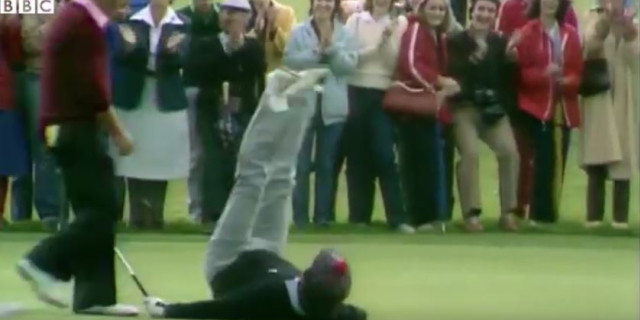 But it is for his hilarious commentary of the Eurovision Song Contest and his hosting of the annual Children In Need telethon that Wogan will be most remembered for. Campaigning extensively for the charity, the legendary broadcaster helped to raise millions for vulnerable youngsters throughout the UK. That will be his most important legacy.

A lover of golf, Wogan famously set the record fo the longest successful putt made on television during a pro-celebrity exhibition match at Gleneagles in 1981. More than 100-feet in length, it remains one of the greatest golfing moments to occur on British TV.

Thank you for being our friend, Terry.