KING JAMES II of Scotland banned golf in 1457 because he was concerned that it was interfering with the skill of his archers. He believed they were neglecting their primary purpose and brought in an act of parliament to ban the game. It was also banned by his son, James III, in 1771.

All the evidence suggests that Scots ignored the ban and continued playing anyway. And by 1567 it was all the rage, with Mary, Queen of Scots, being a keen devotee. And so the the popularity of the game has continued to spread around the world, with Asia being well and truly bitten by the bug. So much so that wealthy Chinese businessmen are now buying up famous British golf clubs as their latest must-have playthings. Wentworth is one of the latest to fall into Chinese hands, with stories circulating that the membership fee is effectively about to be increased to £80,000.

With that in mind, it seems extraordinary that the Chinese Communist Party should ban all 88 million of its members from joining golf clubs. But that is precisely what they have done in their latest update of party disciplinary rules. 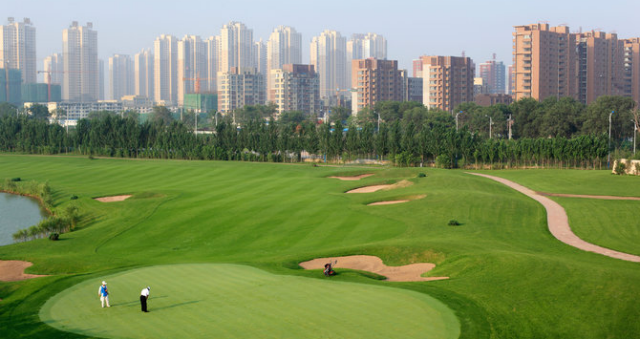 So will they follow the example of the Scots and carry on playing regardless? It is part of an anti-corruption drive designed to stop officials from spending public money on personal pursuits. The new rule says that party members  are banned from "obtaining, holding or using membership cards for gyms, clubs, golf clubs, or various other types of consumer cards, or entering private clubs". So, no fun in China anymore then, if ever there was in the first place. Those who ignore the rules could either receive a warning or be kicked out of the party.

Apparently, the Chinese government believes that most corrupt deals are conducted at golf clubs. Perish the very thought!

At least 60 employees of state-owned companies have already been punished for spending public funds on playing golf. Lin Chunsong, a vice-mayor in the south-eastern Fujian province, was sacked for playing golf while he should have been at work. Have the Chinese never heard of legitimate business being done on the golf course?

Another new rule states that party members cannot "violate official provisions on hospitality management and engage in over-the-top entertaining, or take advantage of opportunities for extravagant eating and drinking". Well, that's Peter Allisss out for a start.

President Xi Jinping has led a major anti-corruption campaign since taking office three years ago. He has previously warned of unrest if corruption and perceived privilege within the Communist Party are not tackled. Apparently, the president doesn't play golf.

The owner of a golf equipment store in Shanghai told Reuters that his store's sales had dropped at least 30% last year. Golf in China was “about the social interaction”, he said. "If a company boss can't play with a government official, there's little point in him spending his money."