Who are the biggest all time earners in golf?

IT IS 21 years since Arnold Palmer won a cent in official earnings. In his entire career on the PGA Tour he won $2.13m and a further $2.28m on the Champions Tour, or Senior PGA Tour as it was called when he competed. He won a staggering 62 times on the PGA Tour, and most of those wins were memorable for the style with which he achieved them.

Aged 85, they still call him The King. Palmer was the first man to reach $1m in career earnings. He won seven majors, including The Masters on four occasions. Jack Nicklaus won 18 majors but he was never as popular in his prime as Palmer, who was golf's first true global superstar. His entry on the world stage coincided with television coverage of the sport. It helped that he played golf in a swashbuckling style. Hit it, go find it and hit again. 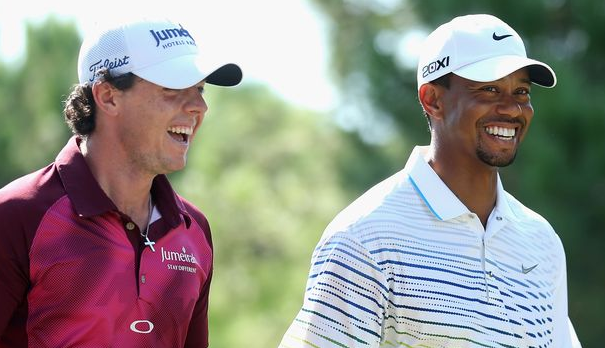 Galleries around the world were in thrall of his approach to the game. Nicklaus, like Ben Hogan before him, took a meticulous approach to golf. Everything was planned with military precision. Sure, he was a big hitter, but he was a big hitter who did not take risks. Palmer was prepared to go and dig the ball out of the rough. He was prepared to try a carry over water that might come off only three times in 10 attempts.

He would smash the ball, hitch up his trousers and march off after it. Palmer also had a couple of rare gifts - he was prepared to stand for hours signing autographs for fans and chatting with them. And he had (and still has) an astonishing memory. He was able to recall people he had met only once, often being able to address them by name. He loved people and they loved him back. Millions of them.

His fans were known as Arnie's Army. Most of them have long since passed away or require walking sticks to get around, but stories of Palmer's glorious victories and heroic failures have been passed from father to son. He has a very special place in the hearts of people who never saw him hit a shot in anger. The same sort of place Europeans reserve for Seve Ballesteros.

Now answer this question: which golfer has earned more from the game than any other? Most of you will, without hesitation, come back with the reply: "Tiger Woods." You would be wrong.

The answer is Arnold Palmer, and the reason is entirely because of the way he played the game and inter-acted with the public. Not only that, but The King puts heart, body and soul into every project with which he is involved. So you can be sure that if you buy anything with his name or brand attached then you are investing quality. And his sponsors know that too, which is why they are still happy to be associated with him.

In 2014, only Phil Mickelson, Tiger Woods and Rory McIlroy earned more than Palmer. And with Woods' career in freefall, McIlroy having to pay somewhere in the region of £18m to his former agent and Mickelson struggling to recapture former glories, it is not beyond the bounds of possibility that Palmer could recapture his position as golf's top earner, even if only briefly.

So what sort of figures are we talking about? Are you sitting down? If not, you might want to, because the numbers are staggering. In 2013, Palmer earned $40m, and that figure rose in 2014.

In Forbes list of the richest golfers of all time produced in 2014, Palmer led the way with a fortune estimated to be worth a staggering $675m - remember, we are talking about a man who won less than $4.5m in prize money in his entire career. In second place was Woods with $590m, and trailing way, way behind in third is Greg Norman with a "mere" $300m. Jack Nicklaus was estimated to be worth $280m.

His company, Arnold Palmer Enterprises, manages the licensing, endorsements and commercial partnerships built for Palmer and his former manager, the late Mark McCormack, who founded IMG. His most recent product endorsement includes a beverage that combines sweet iced tea and lemonade, and it sells in vast numbers in the United States. The Palmer line of drinks is a $200m business and 400 stores in Asia, selling apparel and leather goods, bear his name.