Snedeker makes it two from two for adidas boost

For the second time in as many weeks, the winner on the PGA TOUR wore adidas Golf’s new adipower boost Footwear throughout the tournament. Following Jason Day’s dramatic playoff victory at Torrey Pines last weekend, it was adidas Golf staff professional player Brandt Snedeker who jumped ahead early on Sunday and ran away from the field to win the AT&T Pebble Beach National Pro-Am by three strokes. Snedeker’s win at Pebble Beach is his second in two years, 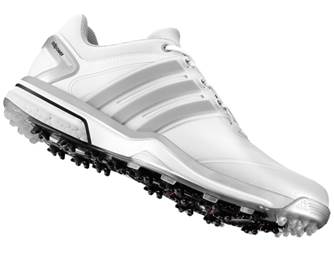 In one of the most notable pro-am tournaments on the PGA TOUR, TaylorMade’s RSi irons were the number #1 iron model in play for amateurs. Between the three models (RSi 1, RSi 2 and RSi TP) RSi irons were played by 33% (51/156) of the amateur field. RSi 2 was played by 27 amateurs, while the TP and RSi 1 models were played by 13 and 11 players, respectively.

“The Pebble Beach Pro-Am is essentially the Super Bowl for amateur players,” said Tom Kroll, TaylorMade’s Brand Evangelist. “For them to switch their clubs the week of their biggest tournament of the year is a true testament to the remarkable performance of RSi irons.”