FootJoy has extended it's DryJoys Casual footwear category to include five vibrant colourways for 2015. The DryJoys Casual incorporates a series of advanced technologies to provide unparalleled comfort and stability and, for next year,  It will feature a range of new colours befitting the season’s fashion trends.

Building on a great reputation, DryJoys have become a firm favourite among golfers around the globe for over 20 years, DryJoys Casual will maintain a traditional appearance, while new colour accents will widen its appeal to golfers of all ages and abilities. 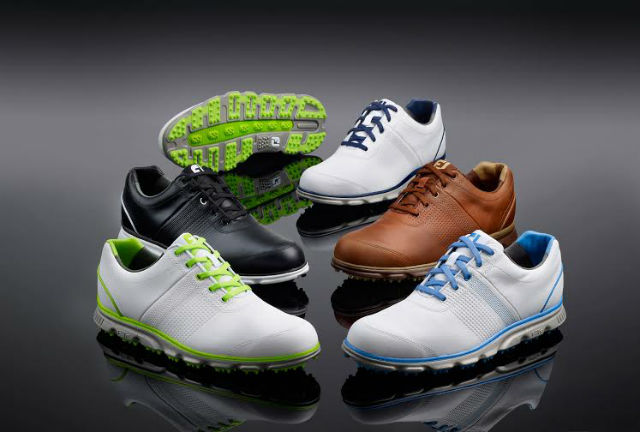 The new DryJoys Casual will be available from January 2015 with an RRP of £130 in the following colours: White/Navy, Black/White, White/Sky Blue, Medium Brown/Tan and White/Lime.

Key to its outstanding comfort and waterproof protection is the use of Supersoft ECL™ (Extreme Comfort Leather) by Pittards® in the construction of the upper. This extremely soft, breathable and completely watertight material maintains in-shoe comfort, regardless of the exterior conditions.

The inclusion of FJ’s proprietary FTF (Fine-Tuned Foam) in the outsole is absolutely critical to both cushioning and stability in DryJoys Casual. This material has been carefully positioned by FJ engineers during development to create a perimeter-weighted outsole, which has given DryJoys Casual outstanding traction properties in a spikeless shoe.

Such are the performance characteristics of DryJoys Casual that many of the world’s leading professionals have chosen it as their shoe of choice, most recently Alexander Levy in his second win of 2014 at the Portugal Masters.

“DryJoys Casual has been received warmly by some of the world’s very best players, being put into play during Major Championships and the most prestigious events on both the European and PGA Tours,” said FJ Marketing Manager Russell Lawes.

“Such is the performance of this shoe that it offers tremendous stability, despite having a spikeless outsole, and extreme comfort. For these reasons, its success since making its first appearance a year ago isn’t surprising.

“With the addition of new colourways, which have been inspired by feedback from amateur golfers, the tour and next year’s fashion trends, we at FootJoy are confident that DryJoys Casual will once again strike a chord with golfers of all ages and abilities.”