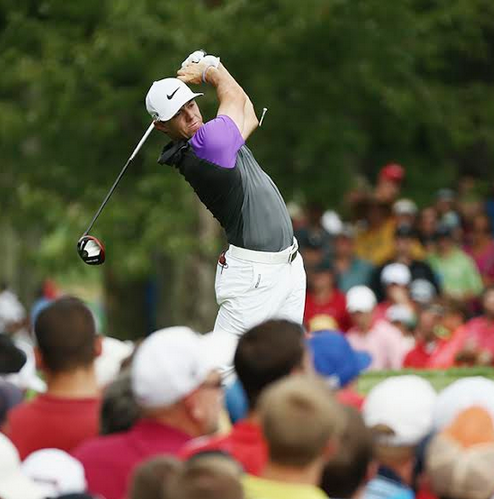 and remind his competitors that he’s very much in control of his remarkable play.  He is the first to win three straight PGA Tour starts since Tiger Woods in 2007-2008. His victory marks the second time he’s won the Wanamaker trophy in three years.

The number one player in the world gutted it out for the entire round. The game changer was on the 10th hole. Sitting three shots back, McIlroy hit his 3-wood on the par 5 to within seven feet of the hole and sank the putt for eagle.

He built a two-stroke lead with a 10-foot birdie putt at the 17th and sealed his win with a par on the 18th hole.

“I’ve never won three times in a row. And I’ve never won back-to-back majors,” said McIlroy. “It’s a whole new experience for me doing what I’ve done this summer, so I’m trying to let it all sink in.”

Rory Mclroy - What was in the bag: