South African Charl Schwartzel claimed the Masters title and his first major after a dramatic final day at Augusta.

A final round 66 which included birdies on the last four holes was enough for a two shot victory over Australians Adam Scott and Jason Day.

Rory McIlroy’s challenge dramatically collapsed on the back nine despite leading going into where many people say the masters in won and lost – the back nine on Sunday.

Murmurs and visions on Greg Norman in 1996 reverberated around Amen Corner as the 21-year old couldn’t stop the rot as he wanted the ground to just swallow him up.

It was a very different Story for Schwartzel however, as he came from four shots back to claim the title.
On the 50th anniversary of fellow South African Gary Player winning his first Masters title the Johannesburg born professional couldn’t have dreamt of a better start.

After chipping in at the first he holed his second shot for eagle on the third and with McIlroy bogeying the opening hole the four shot lead was already gone.

"It was such an exciting day, with all the roars," said Schwartzel. "The atmosphere was just incredible."

As he continued to plug away he made a series of clutch putts down the stretch starting with his birdie at the 15th.

After laser like irons shots into the 16th and 17th the birdie putts dropped once again and he knew walking up the 18th fairway he had a one shot lead.

Again after finding the heart of the green, it was a fitting end to a fantastic round of golf as he rolled in his final birdie putt of the tournament to the cheers of the patrons who surrounded the final hole. 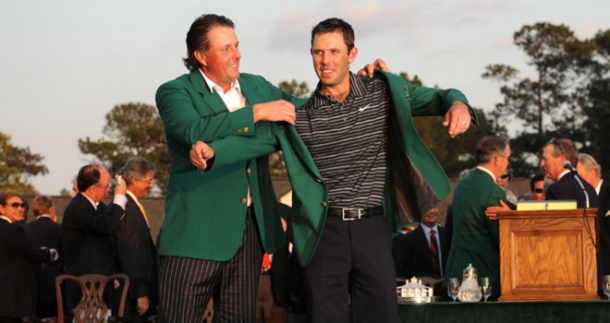 On a day where no less than seven players held or had a share of the lead it really was there for the taking.

The Australian duo battled away all afternoon and it was Scott who reached 12 under first with a birdie at the 16th and after a gutsy up and down at the 17th for par after hitting a wayward drive, his birdie putt on the last rolled by, leaving him the anxious wait on Schwartzel. 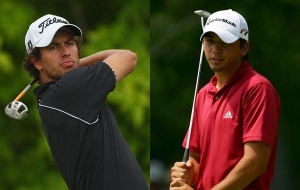 "It's just disappointing that I didn't win when I held the lead with a few holes to go," said the 30-year-old.

"I'm usually a pretty good closer. I didn't do a bad job but Charl was better. It was an incredible finish. I'm proud of the way I played but I'm disappointed that I didn't get it done when I was right there at the end."

For Day, it was an afternoon where he slowly crept under the radar reaching 12 under with birdies on the final two holes.

Bidding to become the first player since Fuzzy Zoeller in 1979 to win the Masters on his debut and the first Australian to wear the Green jacket, the wait will go on for another year as the pair matched Norman’s best efforts of second place which he had three times.

However, he said: "You can't do anything about a guy who birdies the last four holes of a tournament.

Best of the Rest

For a period in the Afternoon it was looking like it was going to be a fairytale for Tiger Woods. After saying he needed a fast start as he trailed McIlroy by seven shots at the start of the day he lit up the front nine to go out in five under 31. Four birdies in his first seven holes followed by an eagle on the 8th, the Tiger charge was certainly looking ominous.

But that charge failed to materialise as he failed to capitalise on the par 5’s on the back nine to come home in level par to finish on 10 under.

He was joined on 10 under by Luke Donald who was also looking like he was going mount a serious challenge until finding the water on the dreaded 12th. He birdied four out of the last six but was knocked back by a bogey at the 17th.

However he did chip in on the last for birdie and his joint fourth place finish with Woods and his consistency over the past few months was enough to move him to third in the World Rankings.

Another Australian who was in the mix was Geoff Ogilvy who quietly went about his business and came into contention by having five birdies in a row from the 13th to also finish on 10 under.

Lee Westwood shot a closing round of 70, featuring four birdies and a double-bogey at the short 12th after finding water, to finish in a tie for 11th with compatriot Justin Rose, who carded a 68.

Ross Fisher finished on four under, with Scotland's Martin Laird a shot further back on his Masters debut.

He described his day as “Phenomenal” as Charl Schwartzel became the third South African to wear the Green Jacket after Player and Trevor Immelman.

"It was getting tight coming down the 15th. Adam (Scott) was making birdies and I needed to do something.

"Walking up 18 was such a special feeling. I only had a one-shot lead, so you don't want to get too excited about it. You've still got to win the golf tournament.  But it just really felt good.

"I don't think that I have ever done so much praying on a golf course in my life!"

His win means for the first time since 1994 no American has a hold one of four of golf’s major prizes.

Schwartzel, who is a six-time winner on the European Tour leaps up to 11th in the World rankings.

The scintillating golf on the final day proves once again that the Masters is one of, if not the the best golf tournament in the world.