WITH no time to draw breath, one season on the DP World Tour ends and another one begins. And South Africa’s Thriston Lawrence will defend the Joburg Open title he won 12 months ago in a tournament reduced to 36 holes because of the weather.

The event moves to a new home at Houghton Golf Club, as Lawrence returns to a tournament where he made history last year by becoming the first winner in the new era of the DP World Tour.

The victory provided a platform for Lawrence to take his career to the next level as his win also earned him an exemption into his first major at The 150th Open Championship at St Andrews this year where he finished tied 42nd.

Lawrence proved it was no flash in the pan when he added a second DP World Tour title at the Omega European Masters in August.

“The Joburg Open is special to me because it opened so many doors for my career,” said Lawrence. “It was my first DP World Tour title. It also earned me a place in my first major, which was a lifelong dream come true for me. To play your first ever major on the Old Course in St Andrews is an unbelievable dream come true. And then I was able to build on that Joburg Open win and claim my second DP World Tour title this year and secure my place on the Tour.

“It changed everything for me. It was the first stepping stone to get to my bigger dreams. From a young age I’ve always wanted to win on the DP World Tour, so I’m extremely grateful for what the Joburg Open has meant to my career and I’m delighted to be able to come back and support the event as the defending champion."

Nienaber and Stone both have points to prove after failing to finish last season in the top 117 and thus losing their full playing privileges. Victory here would change everything but if you are looking for a home winner you would do rather better to focus on Lawrence and Bezuidenhout. 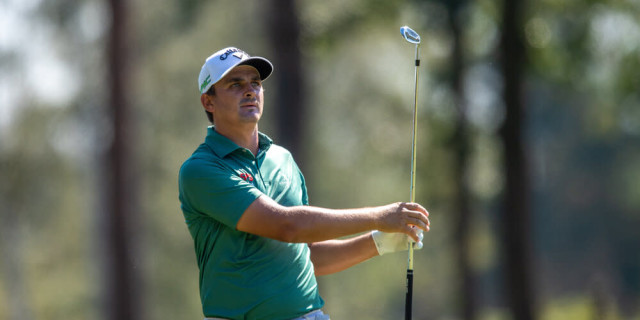 Bezuidenhout finished in a tie for fifth at the recent Nedbank Challenge and simply adores competing on home soil, having won the South African Open and Alfred Dunhill Championship in 2020. He has spent much of 2022 on the PGA Tour and is still looking for his first success there but it is surely only a matter of time.

The Joburg Open will once again tee off the DP World Tour’s new season, with Houghton Golf Club joining an array of Johannesburg’s finest golf courses to have hosted this tournament.

“We cannot wait to welcome the eyes of the golf world on the City of Johannesburg and we are extremely proud to be the host for the start of the DP World Tour’s new season. The Joburg Open is a perfect representation of the world-class spirit of Johannesburg and its people, and we are excited to once again host some of the finest golfers in the world,” said Executive Mayor Dada Morero.

Houghton Golf Club is a par 72 measuring 7,153 yards. It is a tree-lined course with lots of water hazards, bunkers and undulating greens. A course where straight hitters will thrive.

It is difficult to see beyond a home-born winner, with Thriston Lawrence looking to defend a title that was reduced to 36 holes last year. He went on to win again in August and enjoyed a fine season. Christiaan Bezuidenhout is the class act in the field and he simply loves playing on home soil, having twice won in South Africa and finished fourth at the recent Nedbank Challenge at Sun City.

Thriston Lawrence. Would love to defend his title over 72 holes

Oliver Bekker. Has had a hugely consistent season

Brandon Stone. How on earth has he lost his card?

David Drysdale. Looking for a way back

Richard Sterne. Has had some injury issues