THERE are worse places to be at the end of October than at the Butterfield Bermuda Championship this week.

The tournament used to be an alternative field event to the WGC-HSBC Champions but is now established in its own right. The winner will be exempt until the end of 2025 and will qualify for The Masters, Players Championship and PGA Championship.

And Polish star Adrian Meronk will be hoping to make a name for himself as he makes a rare start on the PGA Tour after what has been an outstanding season in Europe, where he became the first player from his country to win a DP World Tour event.

Meronk is an outstanding ball striker and has everything needed to succeed on the PGA Tour. He harbours hopes of becoming Poland’s first Ryder Cup player in Italy next year and this would be a good week for him to put down a marker. 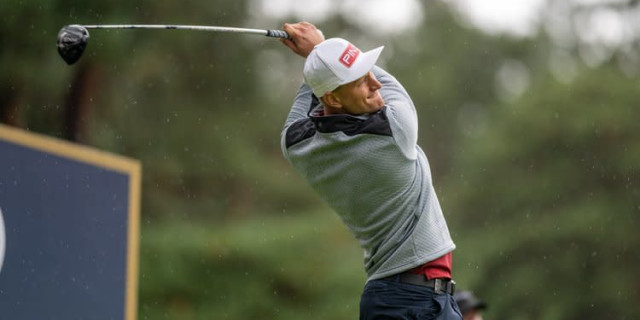 Aaron Rai and Seamus Power will also be hoping to force their way into European captain Luke Donald’s thinking. Rai is a two-time winner on the DP World Tour and comfortably retained his PGA Tour card while performing that most difficult of balancing acts - dividing his time between America and Europe.

He is a hugely underrated golfer. And the same can be said for Irishman Power, a proven winner in America. He claimed his first PGA Tour victory at the 2021 Barbasol Championship and finished 12th here last year.

S.H. Kim is one of a number of Korean golfers who are making waves on the PGA Tour. Unlike most golfers from that part of the world. the 24-year-old wears his heart on his sleeve but he has made a solid start to the 2022-23 season, finishing in a tie for fourth at the Shriners.

Unsurprisingly, the players love the Port Royal course in Bermuda. “What an amazing place this is,” said Peter Malnati, who has recorded back-to-back top-25 finishes in Bermuda. “Week-in and week-out on the PGA Tour, we play the best golf courses in the world, and we’re playing one of them right here in Bermuda, so it’s really cool.”

Also in the field is Lucas Glover, who has four wins on the PGA Tour, including the 2009 U.S. Open at Bethpage Black. He shot a final round 64 to win last season’s John Deere Classic.

Lucas Herbert won here 12 months ago thanks to two crucial birdies that helped him sign off with a 69 at a wind-swept Port Royal but will not be defending his title.

Port Royal GC measures just 6,828 yards but with its seaside setting, elevation changes and a variety of doglegs, it asks a lot of questions. It’s a strategic test.

Keep an eye on S.H. Kim, who arrives from the Korn Ferry Tour and has started the new season with a tied for fourth at the Shriners and a tie for 13th at the Sanderson Farms. Kim is a golfer who makes a LOT of birdies.

S.H. Kim. Could be a superstar

Seamus Power: Will relish the challenge if the wind blows

Patrick Rodgers. Should be a regular contender

Adrian Meronk. His game is made for the PGA Tour