Plastic golf tees have become a major talking point as the game looks to become more ecologically sustainable. Historic Royal North Devon is among the clubs that have taken the bold step to outright ban plastic tees. Golfshake Ambassador Andy Picken wanted to learn more about the impact of this decision.

A group of 25 golf clubs in 2020 imposed a ban on the plastic tee. These included Prince's and Royal North Devon.

I was interested to get the views of the clubs and Mark Evans, the General Manager of Royal North Devon, confirmed that in the main all golfers using the facility fully embraced the ban as they understood the importance of the venue and its significance to the North Devon Biosphere.

Mark explained that one hundred thousand bamboo tees had been provided by Ocean Tees and were given out to visitors and supplied in the club shop. Only a handful of broken plastic tees have been found since the ban and were quickly recycled.

Mark disclosed that he manages the course through an ecology agreement and partnership with Natural England.

The course sits on common land and is as natural as the day it was formed with sheep and horses roaming around whilst you are playing golf and enjoying the fantastic surroundings. Discarded and abandoned plastic tees offer a hazard to those animals and other elements of the North Devon Biosphere. 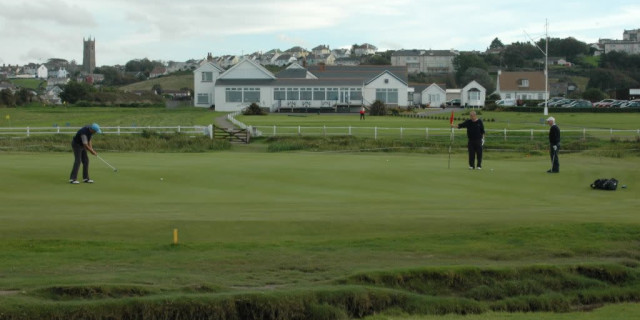 In 1988, English Nature (Now Natural England), recognised the location and awarded it Site of Special Scientific Interest status as the course up to and since that period has been managed in an environmentally sensitive manner.

In partnership with Natural England and Torridge District Council, the golf club staff removed the non-native species such as bramble leaving the natural plants to flourish.

All soil and sand used on the site is recycled ditch material except for topdressing sand for the greens. When ditches are drained and the silt removed it is then stored for two years before being put back into use around the course. No soils from outside of the venue are allowed to be used for maintenance.

The club has made a departure from previous reliance on pesticides, fertiliser and water; working with Mother Nature as opposed to fighting against her.

This means encouraging the fine fescue grasses instead of the heavy water and fertiliser-reliant annual meadow grass which gives a poor winter surface.

Mark ensures that the experience for golfers is not diminished as there are no pretensions at the provision of immaculately manicured greens. Having played the venue and enjoyed it immensely, I know that they are still of an excellent quality. 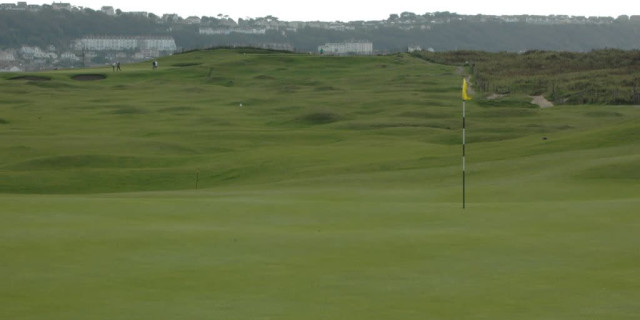 In the height of summer, the course will harden, and your ball will roll out along the fast-running fairways. You will not be greeted by soft, over-watered greens, but instead a firm putting surface.

At Royal North Devon, greens receive a very small amount of nitrogen each year, as do the tees. This is then backed up with applications of liquid seaweed and iron.

The fairways are never given any fertiliser nor is there fairway watering - unless in an extreme drought situation.

Water is applied to tees and greens simply to keep the grass alive. This all leads to the rebirth of the traditional bump and run game as opposed to target golf.

Remember no earth moving machines were used to create this wonderful venue! It was the genius of Old Tom Morris followed by the skills of J.H. Taylor and 150 years of play. 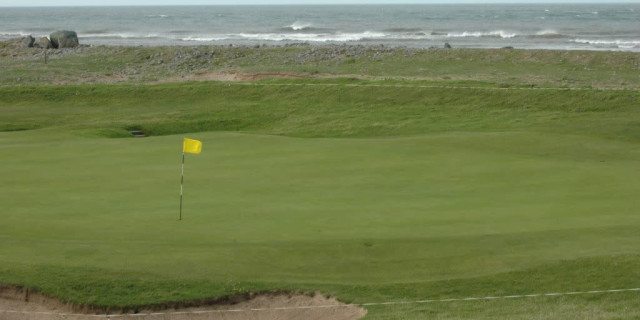 I asked Mark to identify his major environmental challenge at the club and it is simply heating the wooden clubhouse in the most efficient manner possible. During my review visit, I commented about the use of an internet camera to offer live streams of the venue globally. An excellent innovation.

They are now considering the provision of electric charging points for vehicles in the car park. The venue is over 150 yards from the road and mains supply so solar panels have been installed on the roof of the greens staff premises. Ground based solar panels are now being considered to produce the required electricity needed. They are already in place on the roof of the greenkeepers sheds and provide a real alternative to the cost of linking into the national grid.

Banning plastic tees was just one headline move at Royal North Devon, which as you can see has set a standard for making golf sustainable for now and into the future.