What is Stopping LIV Golf From Earning World Ranking Points

ALL 50 golfers currently signed to LIV Golf have written to Peter Dawson, chairman of the Official World Golf Rankings board, demanding that they be awarded ranking points.

And they do have a point. Dustin Johnson, winner of the LIV event in Boston earlier in the month, has dropped from 13th in the World Ranking to 23rd despite finishes of eighth, third, second and first in his first four LIV starts.

The LIV Golf letter pointed out that Johnson had defeated 15 golfers who had finished first or second in the four men’s majors. “For the rankings to be accurate," the letter said, "DJ deserves to move up, not down.”

The letter said: “To maintain trust, we urge you - as one of the true statesmen of sports - to act appropriately to include, on a retroactive basis, the results of LIV Golf events in OWGR’s ranking calculations. An OWGR without LIV would be incomplete and inaccurate, the equivalent of leaving Belgium, Argentina and England out of the FIFA rankings.

"Some 23 tours are integrated into the OWGR universe, and LIV has earned its place among them. Four LIV golfers have held the number-one position on the OWGR, and one is currently number-two. LIV’s roster includes 21 of the last 51 winners of the four Majors. The level of competition at the average LIV event is at least equal to that at the average PGA Tour event. We know because we’ve played in both.

"Every week that passes without the inclusion of LIV athletes undermines the historical value of OWGR. As time goes by, LIV golfers automatically decline in the rankings.”

Cameron Smith has already slipped from second to third in the rankings. By this time next year he will have slipped out of the top 50 if the OWGR continues to refuse to award points.

Louis Oosthuizen, of South Africa, began the year in 10th place in the rankings. He is now 30th.

No matter how you may feel about LIV Golf, and everything that it stands for, it is beyond dispute that Smith and Johnson are two of the best golfers on the planet. Smith won the Tournament of Champions, Players Championship and Open Championship in 2022, and finished second in his first LIV event before winning last week in Chicago.

It will, of course, be argued that the likes of Smith, Johnson and Oosthuizen knew exactly what they were doing when they signed for LIV Golf.

Dawson says that the letter and its contents will be considered by the OWGR board but it is unlikely that very much is going to change this year. 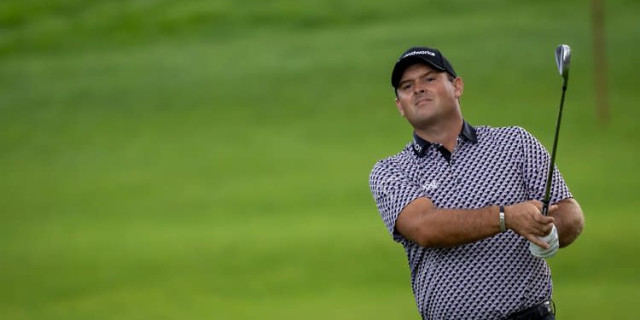 For starters, to qualify for ranking points a tour must have a schedule at least 10 tournaments - LIV Golf falls short of that this year, although the schedule will be extended to 14 events in 2023.

Furthermore, LIV Golf’s events are staged over 54 holes. OWGR rules state that to qualify for ranking points, tournaments should be contested over 72 holes, apart from developmental tours (like the Abema TV Tour, the Alps Golf Tour, or the EuroPro Tour, among others), which are permitted to be played over 54 holes.

The rules also say that there should be an open annual qualifying school held before the start of each season, a field size on average of 75 players over the course of a season (LIV events have 48-man fields), there should be a 36-hole cut, whether playing 54 or 72 holes (there are no cuts in LIV Golf). There should be a clear opportunity to progress to a full member tour, that is, to one of the six members of the International Federation of PGA Tours, and, finally, there should be reasonable access for local and regional players (i.e. Monday qualifiers) at each of its tournaments.

So where do we go from here? It has to be expected that Dawson’s board will reject LIV Golf’s call and that can mean only one thing - this is yet another issue that is going to be resolved by a judge somewhere down the road.