THE fourth LIV Golf tournament takes place in Boston this week, with the organisers promising to announce the names of more marquee defectors. It comes at the end of a PGA Tour season we will not forget in a hurry.

With fields restricted to 48 players, it does rather beg the question as to what happens to the golfers the new signings are going to replace. It is interesting to note that Pablo Larrazabal, who played in the first event at Centurion, has now returned to the DP World Tour, along with Oliver Bekker. 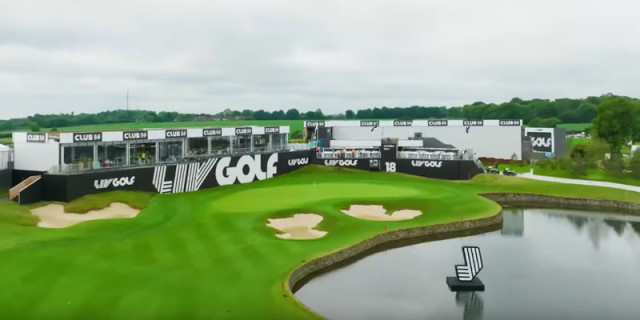 One can only imagine that some of LIV Golf’s lesser lights are going to be sacrificed. Would you go out of your way to watch Atthipat Buranatanyarat, Bekker, Yuki Inamori, Sadom Kaewkanjana, Viraj Mapappa, Jediah Morgan, Blake Windred or Kevin Yuan? I didn’t think so. Me neither.

It is the worst-kept secret in golf that Open champion Cameron Smith and his fellow Australian Marc Leishman are two of the new signings.

Smith’s defection is a huge blow to the PGA Tour. He has enjoyed a sensational year, winning the Tournament of Champions, the Tour Championship and The Open and picking up around $11m in prize money.

Under normal circumstances he may well have been in line for player of the year honours. You can be certain that will not now be happening. He also sacrifices his opportunity to represent the Internationals at the Presidents Cup, a contest for which he would have been a shoo-in, and seen as one of captain Trevor Immelman’s leaders on the course.

For all Smith’s undoubted talent, he does not exactly possess a huge amount fo charisma. So maybe he will not be missed. But the quality of some of the players in the field in Boston this week is beyond question.

Quite apart from anything else, Bryson DeChambeau, Bubba Watson and Patrick Reed are proper entertainers, the sort of golfers that spectators will pay to watch.

The International at Boston was designed by Geoffrey Cornish in 1957 and redesigned by Robert Trent Jones. It is tree-lined, with thousands of tall pines, waste areas and plenty of bunkers.  And it can be stretched to a mind-boggling 8,325 yards

To be frank, it is well-nigh impossible to assess the form of these guys because they have played so few competitive rounds. Charl Schwartzel, Branden Grace and Henrik Stenson won the first tournaments, and Dustin Johnson played some decent stuff during The Open at St Andrews. So, who knows?

Patrick Reed. Man with a point to prove

Sergio Garcia. There are few better drivers of a golf ball

Dustin Johnson. Showed some of his best form at St Andrews

Henrik Stenson. Already a winner again on this tour

All 48 players have now been announced and the LIV Golf Invitational Boston will feature:

How You Can Watch

On Friday, September 2nd, you will be able to watch on LIVGolf.com, YouTube and Facebook. All 48 players will tee off simultaneously thanks to a shotgun start, so the entire day’s golf should be done and dusted in about five hours.