Max Kieffer Player Profile And What's In The Bag

MAX KIEFFER of Germany won his first DP World Tour title at the 249th attempt following a dramatic finish to the Czech Masters.

Malaysia’s Gavin Green took a three-shot lead into the final round and was still two clear with five holes to play, only to make a double bogey on the 14th after hitting his tee shot into the water.

Kieffer then made his seventh birdie of the day on the 17th to move into the lead and, after completing his 66, looked on from the practice range as Green’s birdie putt from eight feet on the 18th to force a play-off lipped out.

“It’s great, I’m lost for words a little bit,” said Kieffer. “You don’t want other people to miss putts but when the guy from the TV said you’ve won it, the feeling was just ridiculous.

“You’ve just got to keep trying. I had a few difficult years where I didn’t play well and then this year I feel like I am playing very well but still, deep down, you never know in golf. I’m so glad and I’m really going to enjoy it.”

Asked about his crucial birdie he made on the 17th, Kieffer added: “I thought I needed at least another birdie because Gavin was at 17 under so I just tried to be aggressive on 17.

“And then when I saw he was back to 15 and I actually had a putt for the lead which I made, on 18 the nerves kicked in hard. On the tee shot I was thinking for a second I might not make contact with the ball.”

The tournament had been reduced to 54 holes after torrential rain had left large parts of the Albatross Golf Resort waterlogged on Saturday. 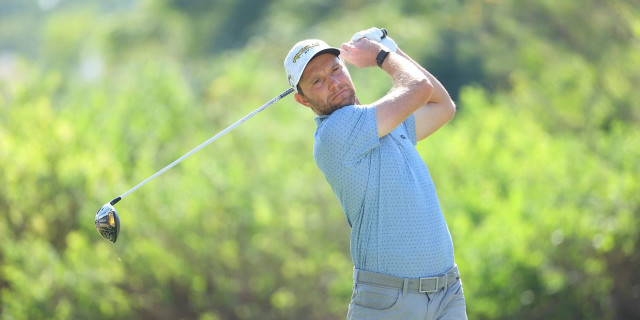 Who is Max Kieffer?

Max Kieffer was born on June 25, 1990 in Bergisch Gladbach and turned professional in 2010. He joined the Challenge Tour in 2011 and won his first tournament the following year. In April 2013 he lost a nine hole play-off to Raphael Jacquelin at the Open de Espana. He lost another playoff at the Austrian Open in 2021, to John Catlin at the fifth extra hole. The following week he finished runner-up again, this time at the Gran Canaria Open. He has played in the US Open twice, missing the cut both times.