PATRICK CANTLAY was in the form of his life 12 months ago as he saw off Bryson DeChambeau in a six hole playoff to win the BMW Championship and top the FedEx Cup standings. This is the penultimate event on the 2021-22 wraparound schedule with a field of just 70 - the top 30 in the FedEx Cup standings at the end of the week will head to East Lake for the Tour Championship.

At the start of the play-offs, Scottie Scheffler, Cameron Smith and Sam Burns occupied the top three spots. But with just two events left, everything can change. There is huge money at stake, as well as extra points for the man who wins the BMW Championship. Will Zalatoris’ win at the St Jude means he now leads the standings, with Scottie Scheffler in second.

Jon Rahm won this tournament in 2019 but he has not had the best of seasons by his own high standards. He started the year in sparkling form, finishing second to Cameron Smith at the Tournament of Champions but his only victory to date came at the Mexico Open. His form at the majors will be a bitter disappointment, with his best finish coming at the US Open, where he finished in a tie for 12th. He will be determined to finish the year on a high.

Justin Thomas has put a troubled 2021 behind him in some style, winning the PGA Championship for the second time. He was tied eighth at The Masters but that came after a dreadful opening round of 76. He was third at the Canadian Open behind Rory McIlroy, third at the Mayakoba Championship and tied third at the Valspar and has reeled off top-10 finishes for fun. 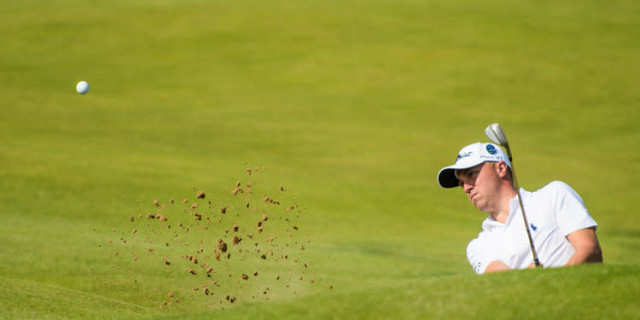 Scheffler will be looking for a big finish to a fabulous season. It is hard to believe that this time last year he was still looking for his first victory on the PGA Tour. And then he made the breakthrough - and how. It all started with victory at the Phoenix Open. He followed it with wins at the Arnold Palmer Invitational and WGC Dell Technologies Match Play and reached a glorious climax when he claimed the Green Jacket at The Masters. He had won four times by April. Surprisingly, he missed the cut at the PGA but finished second the following week at the Charles Schwab Challenge and was tied for second at the US Open. He is due another win.

Cantlay would be the first to admit that he is not the most demonstrative of individuals. He seldom shows emotion, and it has led to some criticism, with pundits suggesting that he needs to engage more with spectators. But it is just the way the American plays the game. He is fully focused on the task at hand.

After his win last year he was asked about his lack of response to the galleries. He said: “I got it all week. There was maybe one or two guys that followed me around maybe all four days, and just every hole, screaming it. These were some of the most supportive, loudest fans I've ever experienced.

“I'm as focused as I can be on every single shot, and I try not to let my mind get past the moment that I'm in, and maybe that's why I come across a little sedated out there.

“But I'm locked in, and I'm as focused as I can be. Then I kind of let the chips fall where they do. Try not to get caught up in being out-driven 45 yards or whatever it is. I just try and lock in and do my absolute best in that moment, and my best is pretty good.”

Wilmington Country Club is a par 70 measuring 7,488 yards. It was designed by Robert Trent Jones and opened for play in 1960 and was renovated and updated by Keith Foster in 2008. It is a tree-lined layout, with water coming into play on six holes.

Scottie Scheffler won four times early in the year. It was good enough to take him to the top of both the FedEx Cup and world rankings. He is due another win.

Justin Thomas. Ready for a big finish to the season

Rory McIlroy. Needs another win after a missed cut

Patrick Cantlay. Has no weaknesses

Rory McIlroy. It all hinges on Rory’s driving

Patrick Cantlay. Looking to emulate what he achieved 12 months ago

Scottie Scheffler. Can he finish the season on top of the pile?