CAMERON YOUNG arrives at the Rocket Mortgage Classic fresh from his wonderful performance at the 150th Open Championship at St Andrews, where he finished a shot behind winner Cameron Smith after a spectacular final round of 65. 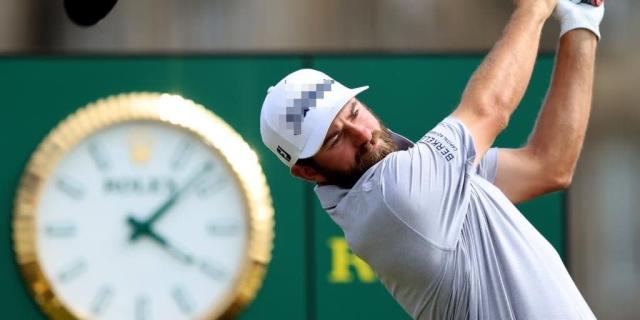 Young is in his rookie season on the PGA Tour but boy has he made an impact. The 25-year-old moved up to 13th in the FedEx Cup standings and 19th in the world rankings after his performance at the home of golf. And he has managed to achieve this without yet recording a win.

He finished runner-up at the Sanderson Farm championship in only his second start on tour and repeated the feat at the Genesis Invitational and the Wells Fargo Championship. He was also third at the RBC Heritage and US PGA Championship. He is a quick learner - he missed the cut at the Scottish Open in his first experience of true links golf but solved the puzzle at St Andrews.

“I handled it pretty well,” he said. “At this point, not as much as some of those other guys, but I've at least been around the lead a lot this year. And the more I put myself there, one of these times I'll shoot five-under on the back and that will be enough.

“It hurt to come up one shot short. If you lose by eight you don't really care. But I played well.”

A maiden win cannot be far away, and the same surely applies to Will Zalatoris. It is a measure of the progress he has made that he will regard his tied 28th finish at The Open as a disappointment.

Runner-up at both the U.S. Open and PGA Championship this year, Zalatoris has top-eight results in six of his past nine majors. Last year’s PGA Tour Rookie of the Year has quickly developed a reputation for playing well on the TOUR’s grandest stages and most difficult courses.

The World No. 12 is currently eighth in the PGA TOUR’s 2021-22 FedExCup standings, and has eight top-10 finishes in 19 tournaments this season. Apart from his performances at the US Open and US PGA, Zalatoris also finished second at the Farmers Insurance Open, tied sixth at The Masters, and tied fifth at the Memorial

The defending champion is Cam Davis, who took a maiden PGA Tour title after coming through a lengthy playoff.

The Australian went eagle-birdie over his final two holes to post a five-under 67 at Detroit Golf Club, seeing him join Joaquin Niemann and Troy Merritt at the top of the leaderboard on 18 under.

The players returned to the par-four 18th for the playoff, where Niemann - who went bogey-free throughout the 72 holes - made bogey after failing to get up and down from the rough at the back of the green.

Davis was unable to convert a six-foot birdie attempt at the first extra hole and narrowly missed from 20 feet at the second, played on the par-three 15th, where Merritt produced a superb bunker save to extend the contest.

Merritt recovered from a wayward tee shot at the third extra hole to rattle in a six-footer to save par and take the pair to the par-five 14th, where both players made two-putt birdies after finding the green in two.

The pair headed back to the 15th for the fifth playoff hole, where Davis squandered another birdie opportunity but saw his victory confirmed when Merritt failed to get up and down from just off the green.

Davis started the day one behind and slipped further adrift when he cancelled out a two-putt birdie at the fifth by bogeying the ninth, only for him to spark a back-nine surge when he rolled in a 20-footer at the 12th.

The world No 134 birdied the next two holes and responded to an untimely three-putt bogey at the 16th with a spectacular bunker hole-out for eagle at the par-five next, with a six-foot birdie at the last setting the clubhouse target at 18 under.

Detroit Golf Club was designed by the legendary Donald Ross. It is a par 72 and measures 7,334 yards. It is a parkland course with fairways meandering through avenues of trees. It also features lakes and ponds and demands accuracy from the tee.

It was won in 2019 by Nate Lashley, in 2020 by Bryson DeChambeau and last year by Cam Davis

Cameron Young is enjoying a dream rookie season. It is a measure of his confidence and self-belief that he was disappointed to finish second in his first Open Championship. Has not a single weakness. Like Young, Zalatoris is still looking for that elusive maiden success. He keeps knocking on the door and eventually it will open. He has three second-place finishes to his name this season.

Will Zalatoris. A big-time player

Cameron Young. Has every shot in the book

Cam Davis. Looking to draw on some great memories

Gary Woodland. Looking to find form that gave him a US Open