THE Scottish Open boasts the strongest field of the year to date as many of the world’s best golfers use it as an opportunity to get their games in shape for The Open Championship at St Andrews next week.

It also helps that total prize money is $8m, with the winner picking up $1.33m in a tournament that is jointly sanctioned with the PGA Tour. Seven members of the top 10 in the world rankings will be teeing it up at Renaissance Golf Club, the most notable absentee being Rory McIlroy.

It is hard to believe that Scheffler had yet to win on the PGA or DP World Tours when he lifted the Ryder Cup with the United States last autumn but a victory at the Phoenix Open in February changed all that and he added titles at the Arnold Palmer Invitational and WGC - Dell Technologies Match Play to move to the top of the world rankings.

He slipped on a Green Jacket with a maiden major triumph at The Masters and will be making his second appearance in Scotland after finishing in a tie for 12th last season.

“I enjoyed the week at the Scottish Open last year and I’m looking forward to getting back to the Renaissance Club in July for the start of an exciting two weeks in Scotland,” he said. “I had heard a lot about the event and the Rolex Series before I played for the first time, and it lived up to it. A lot has happened for me since then, and I’m hoping to keep that good feeling going over the summer.”

Fitzpatrick is the man of the moment after his victory in the US Open at Brookline, where he also won the US Amateur championship in 2013.

He will be making a ninth consecutive appearance at the Scottish Open after missing out on winning the title last year in a play-off against Thomas Detry and champion Min Woo Lee.

The Englishman won his first Rolex Series title in 2020 after prevailing at the season-ending DP World Tour Championship, Dubai.

“I would love to add to my Rolex Series victories at the Genesis Scottish Open, particularly after coming so close last year," he said. "It’s a tournament that has been ever-present on my schedule throughout my professional career, and it’s exciting to see it co-sanctioned by both the DP World Tour and PGA TOUR this season.”

There will be a lot of interest in the performance of Jordan Spieth. His game disintegrated after he won The Open at Birkdale in 2017 but he has worked tirelessly on his game and is now almost back to his very best.

Spieth is making his Scottish Open debut. A three-time major winner, Spieth claimed the Claret Jug in 2017 after triumphing in the 2015 Masters and US Open. The American, who won the FedExCup in 2015, returned to the top 10 in the world rankings after claiming his 13th PGA Tour title at the RBC Heritage in April.

“I’ve heard a lot about the Scottish Open and the Renaissance Club and I’m looking forward to making my debut as part of an exciting two weeks in Scotland this summer," the former World Number One said. “It’s a historic tournament that always has a strong field and position on the schedule. I’ve won in Australia in the past and this would be the perfect place to add another overseas victory to my resumé.” 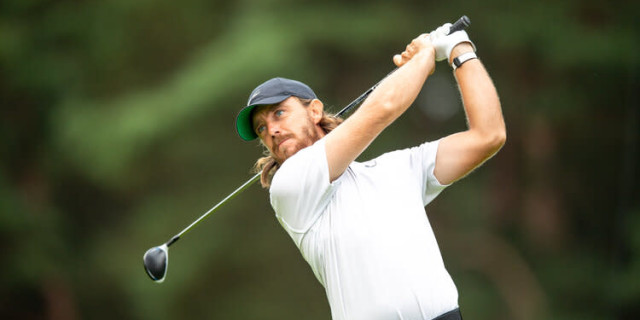 Fleetwood came agonisingly close to winning at Renaissance Club in 2020, losing out to Aaron Rai in a play-off, and the two-time Ryder Cup player also claimed his maiden DP World Tour title on Scottish soil back in 2013.

The 31-year-old, who won the Race to Dubai - now the DP World Tour Rankings - in 2017, will be targeting a third Rolex Series title as he looks to build on a solid season so far which has included a top five at the US PGA Championship

“I love playing in Scotland and the fans are always incredible so it will be great to get back there for what is set to be a cracking week,” he said. “I feel like my game is coming together nicely so hopefully I can give the crowds something to cheer about at the Renaissance Club.”

And what about MacIntyre? The 25-year-old burst onto the scene in 2019, picking up the Sir Henry Cotton Rookie of the Year Award after a season that included three runner-up finishes and a tie for sixth place in his major debut at The Open.

He followed that by winning his first DP World Tour title the following season at the 2020 Aphrodite Hills Cyprus Showdown.

The Scotsman views the Genesis Scottish Open as his 'fifth major' and is looking forward to playing in front of a full home crowd once again. “There’s nothing better than playing in front of Scottish fans, and it’s safe to say it would be a dream come true to win my home open," he said. 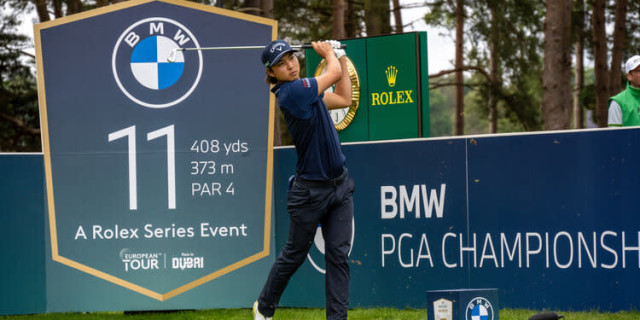 The Renaissance Club is located close to North Berwick, next to Muirfield. A par 71, it measures 7,303 yards and is a modern links course, featuring plenty of thick rough. It was designed by Tom Doak and features stunning views over the Firth of Forth. If the weather is good expect to see some very low scoring. If the wind blows it will be a very different story.

Where to start? Of course Scottie Scheffler will start as favourite after his four victories this season, but he has limited experience of links golf. However, he knows how to play in the wind and he is not world’s top-ranked player for nothing. Matthew Fitzpatrick will arrive in Scotland feeling like he is walking on air. His victory at the US Open had been coming. He was tied second at the Wells Fargo Championship, tied fifth at the US PGA, which he had a shot at winning, and was tied 10th at the Canadian Open. The Englishman is in the form of his life and is 18/1 on Betway.

Matthew Fitzpatrick. Getting better and better (18/1)

Scottie Scheffler. Has no weaknesses (12/1)

Tyrrell Hatton. His patience may be tested if the wind blows (50/1)

Robert MacIntyre. Desperate to put on a show for fellow Scots (66/1)

Garrick Higgo. Has gone off the boil but is a proven winner (300/1)

Luke Donald. Has been showing some half-decent form of late (300/1)

Padraig Harrington. Looking to do it for the old boys (150/1)

This tour preview article was written in collaboration with Betway