HARRIS ENGLISH returns to defend his title at the Travelers Championship, hoping for a slightly easier time than he had last year, when he needed eight extra holes to defeat Kramer Hickok after both birdied the final hole of regulation to force the playoff.

It matched the second-longest sudden-death playoff in PGA Tour history.

English shot a 5-under 65 to finish the fourth round at 13 under, then made a five-foot putt on the seventh trip down the 18th hole of the day. Hickok had missed a 36-foot birdie putt and finished the playoff with eight consecutive pars.

The record for a sudden death playoff is 11 holes in the 1949 Motor City Open, when Lloyd Mangrum and Cary Middlecoff were declared co-winners by mutual agreement due to darkness; four other events have reached an eighth playoff hole.

The eight-hole playoff was a record for the tournament, which went seven holes in 1961 (Ted Kroll) and again in ’62 (Bob Goalby), when it was known as the Insurance City Open.

It was the second win of the year and the fourth career victory for English, who also finished third at the 2021 U.S. Open. He won $1,368,000 and 500 FedExCup points, moving into second in the standings.

A star-studded field at TPC River Highlands will be led by Rory McIlroy, winner of the recent Canadian Open. It will be his fourth appearance in the tournament. It is worth looking at some of the Northern Irishman’s achievements on the PGA Tour. 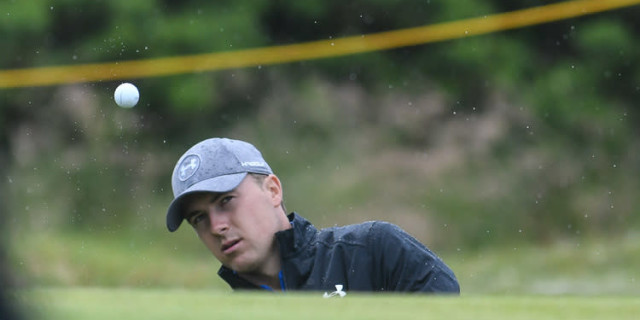 When Spieth won this tournament in 2017 he was walking on water and claimed the title when he holed a spectacular bunker shot to beat a stunned Daniel Berger in a sudden death playoff. A few weeks later, Spieth performed further heroics to win The Open at Royal Birkdale. He has emerged from a dreadful slump and is now a genuine threat every time he tees it up.

Thomas is having a spectacular season and there is no reason to believe that will not continue here. He won the PGA Championship at Southern Hills and went toe to toe with McIlroy in Canada.

He has five wins on the DP World Tour but the most recent of those came at the Nedbank Challenge in 2019, and he is long overdue another success.

Jordan Spieth has happy memories of both the course and the tournament, having won here in 2017. And he is back to his best, having won the RBC Heritage and finished second at both the AT&T Pebble Beach Pro-Am and Byron Nelson Classic. Rory McIlroy is flying once again after his victory at the Canadian Open and has never finished outside the top 20 in this event.

TPC River Highlands is a par 70 designed by Robert Ross in 1928 and updated by Pete Dye in 1982 and Bobby Weed in 1989. The course record is 58, achieved by Jim Furyk in 2016. It measures just 6,841 yards and you can be certain that the winning score will be low. It features plenty of trees and gently rolling terrain.

Jordan Spieth. Back to his brilliant best

Rory McIlroy. Course is made for him

Jordan Spieth. Looking to tune up for St Andrews with another win

Matthew Wolff. Has been in the doldrums

Cole Hammer. Make a note of his name

Chris Gotterup. A young player you are going to be hearing a lot of