96 of the world's top 100 golfers are playing in this year's PGA Championship at Southern Hills, one of America's truly quintessential venues that should offer a formidable challenge to the game's best.

We have seen surprise winners of the Wanamaker Trophy through the years, not least Phil Mickelson 12 months ago, but the biggest events have more recently been dominated by those who are resident among the higher reaches of the rankings.

However, should an outsider emerge from the pack, we have identified five potential candidates for who that could be. 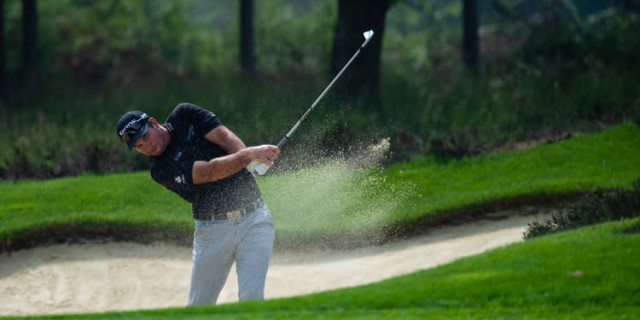 Noted for his long hitting, the New Zealander was disappointed to finish runner-up at the Soudal Open on Sunday, but that result continued an impressive run that has seen the 35-year-old pick up a win on the DP World Tour alongside a series of top tens. Don't be surprised to see that continue in Oklahoma, as Fox is capable of scoring well anywhere.

The Indian put on a valiant display at The Players Championship - finishing second behind Cameron Smith - but that performance has been sustained on the PGA Tour in the weeks since, with the 34-year-old most recently recording a sixth place at the Wells Fargo, so there's every chance he could plot another charge for a big title.

Now 39, the popular Spaniard is back at the PGA for the first time since 2017 and arrives in brilliant form, having secured a pair of DP World Tour victories during the past couple of months. His wins span 14 years - representing an impressive career - but one thing he hasn't accomplished is contending in a major. Maybe this is the time for that to finally change.

The champion at Whistling Straits in 2015, it's been a challenging road for the former world number one, beset by injury and the recent passing of his mother. However, the Australian has shown flashes of decent form, notably a third place finish at Torrey Pines and a 15th place at the Wells Fargo Championship. It would be pleasing for many to see Day a factor again.

Can you discount the possibility of the four-time PGA champion appearing on the leaderboard again at Southern Hills? Whether he has the competitive stamina to sustain a challenge over four days remains to be seen, but the 46-year-old has declared that he is feeling stronger than he did at Augusta National five weeks ago, so an improved performance on that remarkable effort seems likely.

10 Picks to Win The PGA Championship

6 Surprise Winners of The PGA Championship