ONE lucky man will walk away from the Tour Championship at East Lake this week with the FedEx Cup and a cheque for $15m as the PGA Tour season reaches its denouement.

The tournament was won 12 months ago by Dustin Johnson, even though he did not record the lowest 72-hole total - that was achieved by Xander Schauffele. But Johnson took the honours after starting the week on 10 under par as the leader of the FedEx Cup standings heading to East Lake. And the top 30 in the FedEx Cup standings will once again be battling it for mega-money.

Johnson won by hitting just enough fairways and making a few key putts when his lead began to shrink. He tapped in for birdie on the last hole for a two-under 68, giving him a three-shot victory over Justin Thomas and Schauffele. 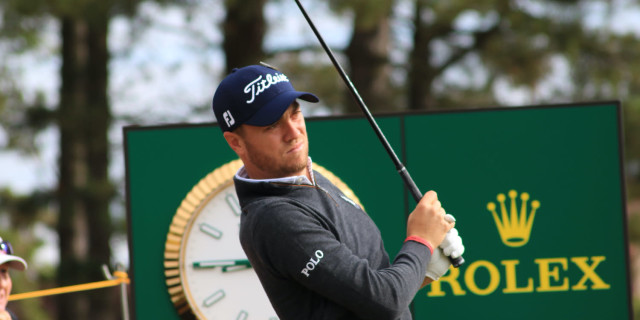 He became the first No. 1 seed at the TOUR Championship to win the FedExCup since Tiger Woods in 2009. Johnson began the final round with a five-shot lead on 19-under par - nine under on his own score and starting the tournament at 10 under as the No. 1 seed in the FedExCup. He finished the week on 21 under.

Golf was, of course, shut down for three months and when it restarted Johnson was No. 111 in the FedExCup standings. He won the Travelers Championship and a month later began a stretch of unbelievable golf.   In four straight tournaments against the best fields, he had the 54-hole three times and was tied in the other. He converted one into an 11-shot win. He lost to a 65 by Collin Morikawa at the PGA Championship and to a 65-foot putt by Rahm at the BMW Championship.  But he made no secret of the fact that he badly wanted to win the Tour Championship.

This year it is difficult to look beyond Jon Rahm as a likely winner this week. His form throughout 2021 has been nothing short of sensational. He will still be smarting at his failure to close the deal at the Northern Trust Open, where he made a couple of uncharacteristic mistakes on the back nine. He said that the birth of his son had given him a new perspective and it does appear that he now has his famously volatile temperament under control. And that makes him all the more dangerous.

Tony Finau’s victory in New York means that he arrives at East Lake with his confidence sky-high. He is a brilliant ball striker whose only weakness is his putting. But now that he has finally achieved his second victory many believe that the floodgates will finally open.

Patrick Cantlay has long been regarded as a superstar-in-waiting and he has enjoyed the best year of his career, with three victories and a number of near-misses. He has a fabulous temperament and there are no weaknesses in his game.

However, I believe that Justin Thomas is the man to beat at East Lake. He has not had the easiest of seasons, despite his victory at The Players Championship at TPC Sawgrass. But there have been some really encouraging signs recently and he will be desperate to head to the Ryder Cup with another win to his credit.

Tony Finau is on a high after winning the Northern Trust Open, his first victory since 2016. Many believe that the floodgates will now open for the American.

Jon Rahm should have won the Northern Trust, eventually finishing third. He has twice failed Covid-19 tests this year but won the US Open and has racked up top-10 finishes for fun during an extraordinary season.

Patrick Cantlay is looking to add a fourth victory of 2021 as he attempts to win the FedEx Cup.

Justin Thomas has not had the best season of his stellar career but he did win the Players Championship and played some superb golf in New York. This is a tournament he wants to add to his CV.

Located in Atlanta, Georgia, East Lake Golf Club is the home course of the legendary Bobby Jones and is the oldest course in Atlanta. It has been the permanent home of the Tour Championship since 2005, although the tournament was first played there in 1998. Measuring 7,346 yards, it was originally designed by Donald Ross and was heavily modified by Reece Jones in 2008. The course record is 60, set by Zach Johnson in 2008.

To win: Justin Thomas. Is due another big win

Each way: Jon Rahm. In the form of his life

Jon Rahm. Has no weaknesses

Collin Morikawa. Course should be made for him