View From The Fairway - Olympic Spotlight

Derek Clements shares his latest View From The Fairway...

CAMERON Smith and Marc Leishman have both said that they are committed to representing Australia at the Olympic Games this summer, should they qualify.  Fresh from their team victory at the Zurich Classic at the weekend, the Aussie pair, who triumphed over their South African counterparts, Louis Oosthuizen and Charl Schwartzel in a playoff, have firmly pencilled in the Olympic Games on their schedules. “I’m all in,” said Marc Leishman when asked about his feelings towards the rescheduled Olympic Games in Japan. “It would be huge. I would love to contend for any medal, to be honest.  Obviously, you want to go for gold. But something I never ever thought I would do would be to have a chance to win an Olympic medal.  Obviously, I've got to get on the team first. But, yeah, I'm excited about the chance of being there and contending for that and really excited.” 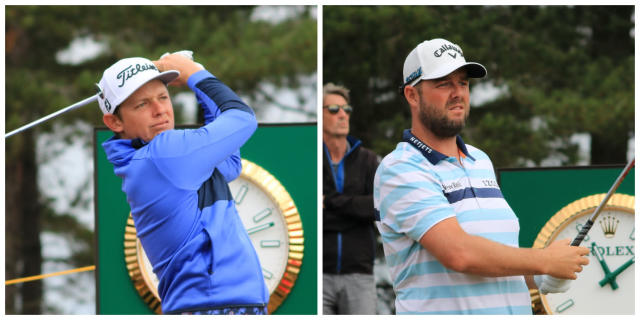 AND Olympic gold is also the main target for Inbee Park, who says securing her place for Tokyo is a bigger goal than getting back to the top of the women's world rankings. Park has posted top-15 finishes in her first four starts of the year on the LPGA Tour, including a five-shot victory at the Kia Classic last month, lifting her to world No 2 and seeing her close the gap on compatriot Jin Young Ko at the top of the standings. The seven-time major champion is the reigning Olympic champion after winning the 2016 contest in Rio, with Park looking to build on her consistent form and secure her spot in the Korean team later this summer. "Obviously this year is a very important year for me with the Olympics in August, and my main goal is trying to qualify for the team. The Korean team is not the easiest team to make.” I think it is safe to assume that Inbee will be making that particular team, don’t you?

I SEE that Fred Couples is the latest to question the PGA Tour’s Player Impact Program, a scheme that will see 10 players share $40m at the end of the season based on their social media impact. Couples tweeted: "Let me get this straight. There's 40 mil to play for the guys on the @pgatour based on social media likes and tweets?! The only tweets I've ever heard make you money are birdie tweet tweets! Good luck with that.” I have a feeling that this story is going to run and run, and that the scheme may yet be abandoned.

TYRRELL Hatton’s failed Covid-19 test ahead of the Valspar Championship is a timely warning to everybody concerned with the PGA Tour that we are not out of the woods yet. Hatton was one of four players who returned positive tests and had to withdraw from proceedings at Innisbrook. And yet still fans are being allowed to attend tournaments in ever-increasing numbers. Almost 30 PGA Tour golfers have now returned positive tests. It is a worrying statistic.

DURING The Masters, Rory McIlroy told a story about a visit to the home of Tiger Woods. He revealed that Woods, winner of 82 PGA Tour titles, only had his 15 major championship trophies on display. He wasn’t actually sure where the rest were. And Dustin Johnson? You probably won’t be surprised to learn that DJ’s trophies are in a box in his office. “We're kind of in between houses, so I didn't unpack anything, just never unpacked any of them. They’re all sitting together in boxes.” When he says that he is “between houses”, he has been in his current property for three years! Only DJ….

IF YOU thought that American Golf was simply a retailer, it might be time to think again. The Warrington based company has bought High Legh Park Golf Club in a £2.7m deal. It has bought the club, near Knutsford, and is the first time it has owned a golf complex inclusive of courses, retail outlet, conference and event facilities and a food and beverage offering. It is the latest investment in the past six months for the company which has invested £650,000 in its Trafford superstore and golf ranges in Rossendale, Lancashire and Hemingford Abbots in Cambridgeshire. Gary Favell, chief executive of American Golf,  said: “High Legh Park Golf Club is a seamless addition to our site portfolio and being in such close proximity to our own Cheshire headquarters, it aligns perfectly with our growth strategy. We’re looking forward to investing in the site for the local community and to provide members with the very best facilities. The site appeals perfectly to both male and female players of all abilities – and we’re even more excited about the potential of the Junior Academy, which will inspire and develop future golfers. High Legh Park Golf Club is the perfect site for us to continue widening the sport’s appeal.” High Legh Park has two courses, a driving range, pitch and putt, practice facilities and 23 bays including ten Top Tracer Bays. The complex also boasts The View Bar and Restaurant which overlooks the Cheshire parkland course.

Hideki Matsuyama has received the Japanese Prime Minister's Award after becoming the first man from his country to win a major. It is proof that his life has changed for ever. Prime Minister Yoshihide Suga said Matsuyama's victory was a ray of hope for people in northeastern Japan affected by the earthquake and tsunami in 2011 on the 10th anniversary of the disaster. "We want to thank you for bringing courage and hope to the disaster-hit areas," Suga was quoted as saying by Kyodo news agency. Matsuyama's win has prompted calls for him to be given the honour of lighting the Olympic Games cauldron at the opening ceremony. The 29-year-old said his focus was on securing a medal for Japan.