No Need To Panic Over Europe's Ryder Cup Prospects

MUCH has been made of America’s clean sweep in the three majors that were able to be completed in 2020, with the merchants of doom predicting dire consequences for Padraig Harrington and his European team at next year’s Ryder Cup.

Dustin Johnson’s victory in The Masters, added to the success of Collin Morikawa at the US PGA Championship and Bryson DeChambeau’s one-man demolition of Winged Foot in the US Open amounts to a magnificent few months for America and the PGA Tour. It is the first time that American golfers have cleaned up at the majors since 1982. On top of that, 12 of the top 20 in the world rankings are Americans, with just four Europeans figuring. Mind you, it is a pretty impressive foursome  - Jon Rahm, Rory McIlroy, Tyrrell Hatton and Tommy Fleetwood. 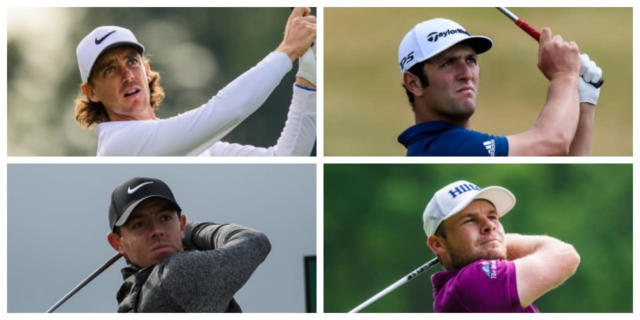 Apart from Johnson, Morikawa and DeChambeau, US captain Steve Stricker will be able to call upon the likes of serial winner Justin Thomas, Patrick Reed (aka Captain America), Tony Finau, Webb Simpson, Daniel Berger, Xander Schauffele, Brooks Koepka and Matthew Wolff. And that’s without considering what the likes of Cameron Champ might achieve, and a possible return to form for Rickie Fowler.

Fifteen Americans recorded a top-10 Major finish in 2020 compared to four Europeans – Paul Casey, Justin Rose, Rahm and McIlroy, twice. Johnson, the world No1, did it three times in a run of second at the USPGA, sixth at the US Open and first at the Masters in a remarkably consistent year.

Having got the taste back for winning majors after a gap of four years since his 2016 US Open success, he plans on securing more - and if he continues his current form it seems inevitable that he will do precisely that.

“I want to get to No3 first but I do dream of winning a lot of Majors,” said Johnson. “Hopefully this one will give me a little spring.  My goal is to play for maybe 10 more years and then hang out with my kids and [fiancee] Paulina so, until then, I’m going to work my butt off to be as good as I can.

“I proved to myself that I do have it. There was doubts in my mind just because I had been in that position a lot of times.”

To rub salt in the wound, Reed leads the Race to Dubai and is determined to become the first non-European since Ernie Els 16 years ago to finish the year on top of the pile.

“I definitely plan on playing in the Dubai World Championship and trying to win my first Race to Dubai,” said Reed. “Hopefully by the time we get to Dubai, I’m in the driver’s seat and everyone is having to chase me.”

So we may as well not bother turning up at Whistling Straits. Right? Erm, no.

Traditionally, the American players are always ranked higher than those who represent Europe because they compete on the PGA Tour, where ranking points are handed out like confetti. To score a significant number of ranking points, a European golfer must win a Rolex event, do well in the majors and WGC events and travel to America to play on the PGA Tour.

Do you really think that the likes of McIlroy, Rahm, Hatton, Fleetwood and Open champion Shane Lowry will be trembling in their boots at the prospect of teeing it up against their American counterparts?

Somewhat bizarrely, the European qualification process has been suspended until 2021, and that means that as things currently stand several players who are out of form will have a head start over those who have been firing on all cylinders since the European Tour returned.

Nevertheless, it seems highly likely that Harrington’s team will feature several rookies, such as Sam Horsfield, Viktor Hovland, Robert MacIntyre and Rasmus Hojgaard. Several members of the old guard may well be giving way this time and that means there may be no place for Henrik Stenson, Ian Poulter and Sergio Garcia. Lee Westwood looks like a shoo-in but Justin Rose needs to pull his finger out soon.

On paper, of course the US team is stronger. It always is. Happily, the Ryder Cup is not played on paper.