The TP Tour returned following the coronavirus shutdown, hosting its second event of the year at Woodcote Park Golf Club, the first since February, which was ultimately won by Castle Royle's George Baylis who produced a stunning round of 64.

TP Tour hosted this one day event in compliance with safeguarding rules and best practice at clubs and in partnership with Woodcote Park, Coulsdon.

One of the strongest fields ever assembled saw 2008 Ryder Cup player and European Tour winner Oliver Wilson, a past champion of the Alfred Dunhill Links, former Porsche European Open Champion Richard McEvoy, along with many big names alongside multiple Challenge Tour and TP winners in the field.

With TWO eagles on his card, 24-year-old Baylis, from Ascot, a former student at University of Akron, captured his first pro win, sinking a 12-foot eagle on the 18th hole. His nearest challengers were McEvoy and Gary King with 66s. The standard of golf was extremely impressive. The players were full of praise for the course. 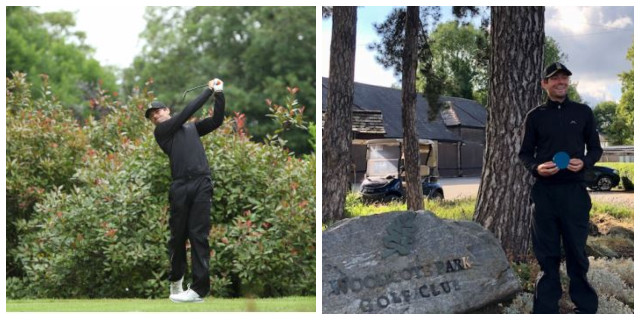 The Tour now moves on to South Staffs, on 6th July followed by Walton Heath, Moor Park, Prince’s, and many others. The TP Tour has staged over 200 professional events since 2011 across many spectacular venues.

CONFIRMED! @Georgebaylis picks up his first professional victory at Woodcote Park with an 8-under par round of 64 ???? pic.twitter.com/kE9whc72dR