The world of golf should have been driving down Magnolia Lane and greeting the springtime scenes of the Masters Tournament, but this week, our thoughts of Augusta National are firmly set into the future.

On Monday, as part of a joint announcement across the game, the 2020 Masters has been given a provisional date of November 9-15, a distant reflection from April. Whether that goes ahead as anticipated remains to be seen - a decision beyond the control of the governing bodies in the face of this international crisis - but it's encouraging to nonetheless have something tangible to look forward to.

However, questions remained as to how the field for the tournament would be composed, the Masters being the most exclusive gathering of the year, retaining its invitational status, albeit with a distinct qualification criteria.

Before the event was postponed in early March, as noted by Will Gray on Golf Channel, 92 players had received invites to compete in Georgia, but one notable route of entry had remained, namely those non-qualified golfers in the Top 50 in the Official World Golf Ranking (OWGR) on March 30.

With the rankings shut down, four more names have been quietly added to the field. Glancing at the Masters Official Website, the invitee section has been updated, including Collin Morikawa, Scottie Scheffler, Christiaan Bezuidenhout and Graeme McDowell, who had all moved into the elite top 50 since the beginning of the year, increasing the list of competitors to 96, the most since the 2015 Masters, a notable rise on the 87 who played in 2019 and 2018.

Confirming to the Golf Channel, an Augusta National spokesperson stated no others will be added, and that any future winners on the PGA Tour will qualify for the 2021 Masters, set for next April.

There were already several notable names who hadn't earned their invite for this year's Masters - a fate now confirmed. 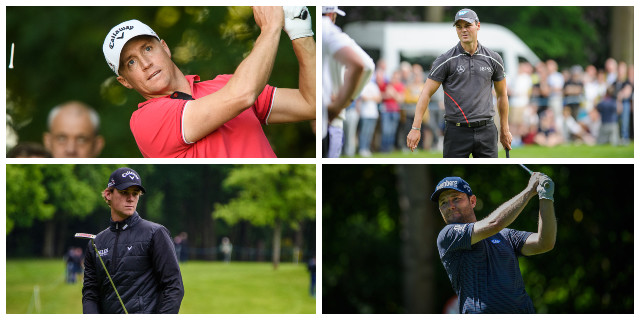 The popular Thai golfer has played in three Masters Tournaments and made the cut in each, but he won't be there in 2020, having slipped to 145th in the OWGR.

After winning the 2018 BMW Championship, the former PGA champion returned to the Masters field 12 months ago, but he hasn't built on that form since and will be absent from Augusta National this time.

Now 43, the American has played in eight Masters, but ranked 290th, it may be a long shot to believe that he'll make that journey down Magnolia Lane as a competitor again.

For a time, Grace was a perennial contender in majors, playing in seven consecutive Masters, but he will miss out on 2020, despite returning to form earlier this year and winning the South African Open.

The mercurial 30-year-old from Georgia had compiled a decent record at Augusta, including an 11th place finish in 2017, but at 206th in the OWGR, the three-time PGA Tour winner won't be there this time.

Having been a feature on leaderboards for years at the Masters, Charley Hoffman will be absent in 2020. Recording his best finish at Augusta with a tie for ninth in 2015, the American has regularly contended on a Thursday and Friday.

The big-hitter from Kentucky was fourth in 2016, but he hasn't qualified for his invitation in 2020, struggling for form since a disastrous final round of 87 at Royal Portrush's Open Championship last July.

Low amateur at last year's Masters, the Norwegian has impressed many during his early ventures into professional golf, winning the Puerto Rico Open, but being an alternate event on the PGA Tour, that didn't qualify the 22-year-old for Augusta.

Ten-time winner on the European Tour, the Swede was part of the Ryder Cup in 2018, but hasn't hit those heights since, and is now ranked 112th in the OWGR, pushing him way out of Masters contention.

Enjoying a significant breakthrough season in 2018, the Englishman made his debut at Augusta last year, but he won't be making a second appearance this time after falling to 65th in the OWGR.

Former Ryder Cup star, Thomas Pieters was a fourth place finisher on his Masters debut in 2017, but despite winning the Czech Masters last season, at 73rd in the OWGR, he hasn't done enough to qualify for the 84th Tournament.

Part of the Masters since his debut in 2008, the two-time major champion hasn't found Augusta National to his liking, struggling for results, but with his exemption for winning the 2014 U.S. Open now expired, the German will be skipping the event this year.

Now 62, the 1991 Masters champion stated that 2019 would be his final appearance in the tournament due to the physical toll that the hilly Augusta National course placed on his body, but following back surgery earlier this year, the Welshman has considered a possible comeback to the event, but that may have to wait to 2021, a fitting anniversary for the former world number one.