The final women's major of the year, the Evian Championship, takes place at the Evian Resort Golf Course in Evian-les-Bains, France, against a backdrop of uncertainty for the Ladies European Tour.

The Evian Masters, which was played for 19 years at the Evian Resort from 1994 until 2012, gained a new name and an elevated status in 2013, when it became the scene of Suzann Pettersen’s second major victory.

Pettersen is in the field again this year, along with three recent champions, Hyo Joo Kim, Lydia Ko and In Gee Chun, who have each set all-time worldwide major records in the tournament respectively.

The year after its debut, the 2014 championship exceeded all expectations when 19-year-old Korean Hyo Joo Kim opened with a major record of 61 and went on to claim the trophy. The following year Lydia Ko claimed the title at just 18 years, four months and 20 days to become the youngest winner of a women’s major in golf history. She beat Lexi Thompson by six shots.

And last year there was another record when South Korean In Gee Chun led from start to finish to post 21-under-par 263 for 72 holes. It was her second Major title following the 2015 US Open and the 22-year-old said: “I feel like I’m dreaming!” 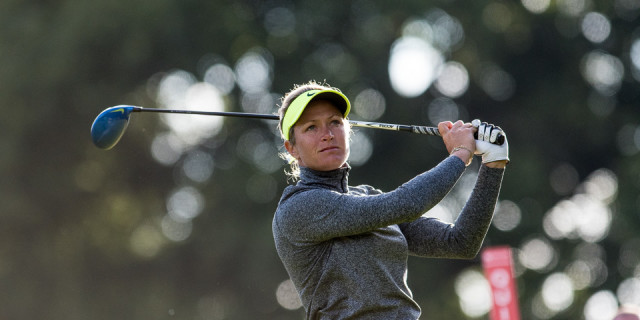 World number one, So Yeon Ryu, is favourite to win, and the chances are that if she doesn't do so then one of the host of Korean golfers in the world’s top 10 will do so. The first four Majors of 2017 have been won by Ryu (ANA Inspiration), Sung Hyun Park (US Women’s Open), Kyung Kim (Ricoh Women’s British Open) and the USA's Danielle Kang (KPMG PGA Women’s Championship).

Ryu, who has won twice this season among her 10 top-10 finishes on the LPGA Tour, is in prime position to become the winner of the 2017 Rolex Annika Major Award for the best overall record in this year’s five major championships. Following her victory at the ANA Inspiration and a tie for third at the U.S. Women’s Open, she has a healthy lead of 18 points in the RAMA standings heading into the year’s final major. The champion of champions will be named after The Evian Championship 2017, and succeed Michelle Wie (2014), Inbee Park (2015) and Lydia Ko (2016.

While we are certain to see some wonderful golf this week, behind the scenes the Ladies European Tour is in turmoil.  Its website went down on Friday morning and was not back up and running again until Sunday - something that just about sums up the way women's golf is run in Europe. The website is where we go to check out the field and from where we draw our background information and get all the latest tournament news. Some hope!

We have already recorded on Golfshake this year that the prize money on offer is pitiful and that the number of tournaments being staged has all but dried up, but wouldn't you think that on the eve of one of women's golf's five most important tournaments that they would be able to find somebody to keep their creaking - and hopelessly inadequate and outdated website - up and running?

Europe continues to produce a host of wonderful female golfers - Charley Hull, Mel Reid, Georgia Hall, Pettersen and Jodie Ewart-Shadoff, Anna Nordqvist to name but a few. There is no incentive whatsoever for these women to remain in Europe, so we are increasingly losing them to the lucrative LPGA Tour, where they still know how to do things properly. 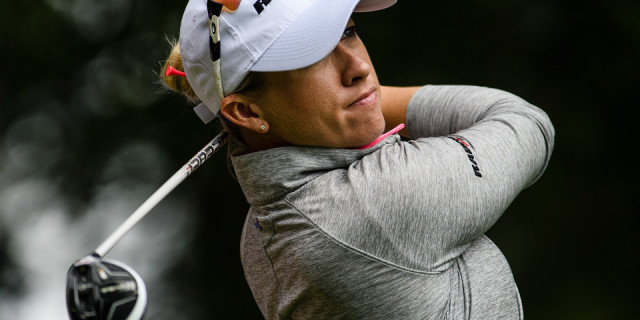 There have been rumours that the European Tour is prepared to take over the running of the LET, with the LPGA Tour also circling. It has to be said that women's golf would be in good hands if it fell under the auspices of the European Tour and its forward-thinking chief executive Keith Pelley. He is an innovator who is unafraid of trying things, who has helped to expand the men's game and who is prepared to take chances, knowing that some of his gambles may not pay off. Let's be honest, he couldn't do a worse job for the LET, could he?

A spokesman for the European Tour said: “We are always looking at ways to grow and expand our business.”

Scotland’s Catriona Matthew, one of the LET’s finest exports, has spoken about her fear for the future of women's golf in this continent.

“If you were an emerging player playing in Europe you just about need to have a part-time job, I’d say, to keep you going. The tour does get better towards the second half of the year. The economy in Europe at the moment isn’t great with all that’s going on. It’s just a tough sell to get tournaments. A lot of the top players go to America. It’s a shame but it’s quite difficult.”

Can you imagine, say, a professional footballer having to take a second job to subsidise his income? Remember that the LET is meant to be the pinnacle for European-based women golfers.

The LET is currently without a chief executive after Ivan Khodabakhsh stepped down. He has been replaced on a temporary basis by Mark Lichtenhein, its chairman Lichtenhein, formerly the head of television, digital media and technology at the European Tour, was an early victim of regime change as implemented by Pelley. Now the pair are almost certain to talk regarding what would be a significant business deal.

Mike Whan, the head of the LPGA Tour, has admitted that he has been in discussions with Pelley. “I don’t really have a timeline for this,” Whan said. “I do hope that before the end of the year we can sit down with them and say: ‘Here is the way we see it. Is this something you think we can do together?’ We are working together, Keith and I, to provide a suggestion as to what we think we could do together. We are trying to create one vision.” 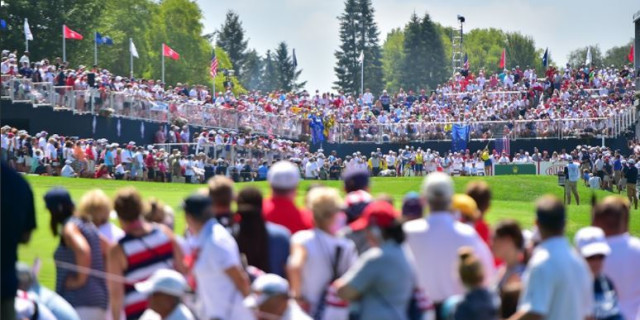 The LET has an existing connection to the LPGA via the Solheim Cup, which is profitable for everybody concerned and has continued to grow both commercially and as a spectacle. Lichtenhein insists that the LET remains a viable business, if one operating as an outdated model. “I’ve been looking at our governance structure, which I think is in need of updating,” he said. “We have articles of association that haven’t been changed in the last 30 years. I’m not saying there is anything wrong with that but with everything that is going on just now around governance in sport, and the UK government’s interest in that, we want to show ourselves as a modern company.”

In the meantime, there is an important women's major going on this coming week - for the record, they will be playing for prize money of $3.6m, which is second only to the US Women's Open, and all of the world's leading women will be in France to take part. Just don't expect to be able to read about it on the LET website.