The 2017 Final of the American Long Drive Championship was a huge success, with an increased standard showcased across the beauitful setting of Heythrop Hall. Dan Konyk (Under 45), Ilona Stubley (Ladies) and Charles Seo (Over 45) were the respective victors, but it was a day of surprises, upsets and distance crunching shots.

It was clear from the seeding rounds that the standard in the finals had sky rocketed. As the early rounds played out, records started to fall as Max Armstrong set the pace in the Under 45 category with a 454 yard monster. Max led the way, but the pack wasn’t far behind and as the cut line for the final 8 shifted it became apparent that several competitors who had hit over 400 yards would miss out.

In the Ladies section, Ilona Stubley hit the longest Ladies drive ever recorded in an American Golf Championship with 338 yards in seeding. Not only was this the start of a fantastic day for Ilona but also signalled the start of her battle with 14 year old prodigy Elle Gibson. Elle qualified in second spot with a huge 326 yards, setting up a rivalry that would last all the way to the final hit of the day.

And not to be outdone, the Senior Championships saw its first ever 400+ yard total when William Hunt Tyrell marked his return from retirement with 413 yards in the first round. As with the other categories, the Seniors stepped up to the mark, with 2016 champion Anton Reader only just creeping into the quarter finals with 363 yards – enough to win the 2016 World Championships by 16 yards! 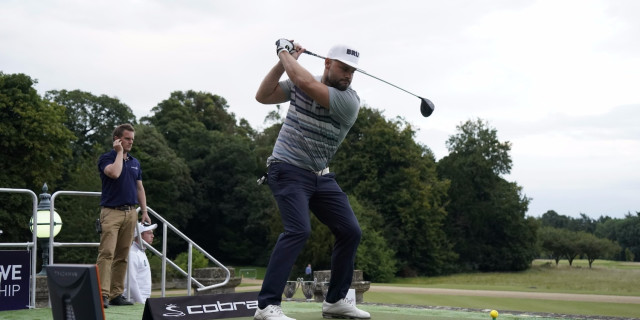 As the quarter finals got under way the Under 45 category saw some amazing matches with 2016 Champion Lucas Dornan vs 2015 Champion Dan Konyk being the highlight. Following social media sparring in the run up to the final the competition was fierce. Both had seeded with 420 yards and it took a sudden death hit off to separate the pair before Konyk progressed, to the delight of the crowd. Konyk then went from strength to strength, before taking on German contender Timo Petrasch in the final. Timo couldn’t quite replicate his 400 yard + form in the final as he hit some enormous drives but unfortunately couldn’t keep them in the grid. This left the experienced Konyk to take the title with a drive of 401 yards in his final set.

Dan has found incredible form to regain his title and is looking forward to the next challenge, “To win qualification for the World Championships is a great opportunity and I can’t wait to represent American Golf at the highest level. This will be my 13th World Championships and if I can carry this form forward to the U.S. then I’ve got a real chance of bringing the title home.”

The Ladies competition proved just as enthralling as reigning champion and current world No.3 Rebecca McGinley was deposed in the quarter finals by Becki O’Grady. Becki couldn’t quite continue her form in the semi’s as she came up against 14 year old wonder kid Elle Gibson. Elle was a model of consistency all day, hitting 300 yards on multiple occasions with a smooth, fluid golf swing. 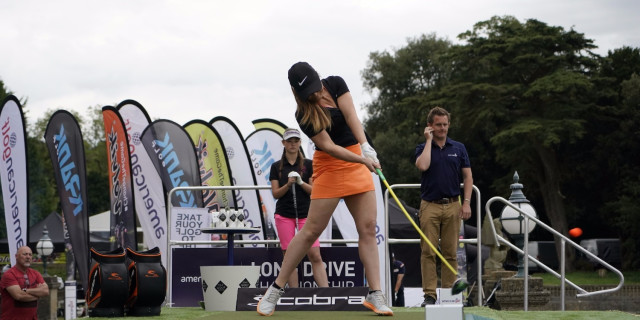 The only player able to compete in consistency and numbers was Ilona Stubley. The 33yr old Glaswegian kept pace with the Barnet youngster, with both players taking a set each in the final with drives of 300 yards. In the deciding set Elle went first and recorded 299 yards. This was not quite long enough as Illona kept her head and powered past with her final drive of the day, “All day Elle was hitting great, so I knew the final would be tough. In the third set, I was pleased that I was hitting second as I prefer to chase down a score and knowing what I have to do to win. To win it with a drive of 307 yards was a great feeling as I was still able to hit a good distance when the pressure was on and made all the hard work leading up to the event worthwhile.”

In the Over 45 Championship the matches were just as intense. Early pace setter William Hunt-Tyrell couldn’t maintain his early form, being knocked out in the semi-finals by Charles Seo, the popular Londoner who has featured in all of the American Golf Long Drive events to date.  On the other side of the draw 2016 losing finalist David Willmore was making light work of the opposition, setting up a final showdown between two previous runners up. The final itself went down to nerve as Charles put his consistency to good use while David couldn’t quite get his longest hits in play.

Charles puts his success this year down to a new training routine, “I’ve been playing golf for over 40 years and this really is my dream come true. I’ve always been the longest hitter between my friends and thought I would be good at long drive, but to actually win the American Golf U.K. Championship is an amazing feeling. I’ve come so close over the last 3 years. I lost in the final in 2015 and the semi-final in 2016 so I’ve been training hard for this year. I came up with my own special training in the swimming pool to improve my flexibility and it’s all paid off. I will just carry on working hard now and if I hit as well in the World Championships I will have a real chance.” 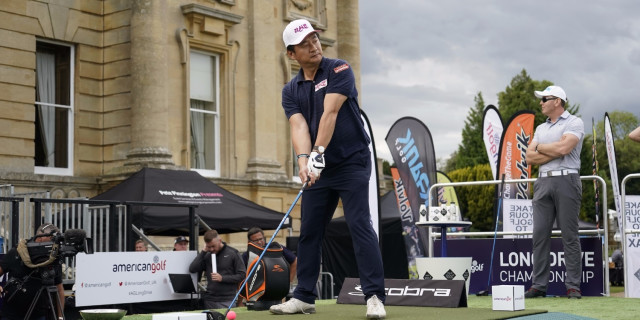 As Daniel Gathercole, Director of Marketing and Communications at American Golf remarks, this year’s event has been phenomenal and promises some exciting finishes when the winners take their places at the Volvik World Long Drive Championships in a few weeks time, “This event keeps getting better but I don’t think anyone expected what we’ve seen here today. We started the American Golf Long Drive Championships 3 years ago to encourage more people to get out hitting balls and having some fun. This year we’ve had over 5000 people take part and this really has become the premier long drive event in Europe. It’s such a competitive environment but every player has shown fantastic sportsmanship and support for each other. I’m very proud of what American Golf has achieved with this Championship and hope to go even bigger with it next year.”